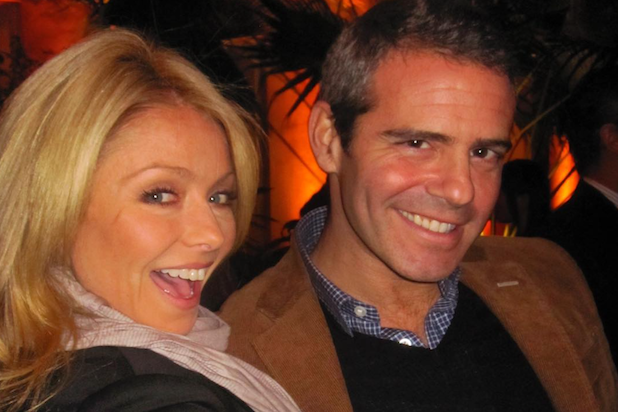 Andy Cohen said he’s too busy to consider replacing Michael Strahan on “Live,” but he found time on Thursday to voice his support for “morning queen” Kelly Ripa.

“I have like 10 jobs dude, do you know how many jobs I have?” Cohen told TMZ when asked late Wednesday night if he would be up for joining the syndicated morning talk show.

Instead, the Bravo TV personality suggested Anderson Cooper take over for Strahan in September. “He’d be amazing,” Cohen said.

Cohen took to Instagram this morning as “Live! with Kelly & Michael” was kicking off, sans Kelly Ripa, to express his support for the “Morning Queen.”

Ripa is sitting out her show until Tuesday, reportedly because she’s upset over the way the network has handled the decision to move Michael Strahan to “Good Morning America.”

Cohen, who has filled in as a co-host alongside Ripa in the past, posted a photo of the two of them along with the hashtag #MorningQueen. CNN’s Brian Stelter called it “#ImWithHer, Kelly Ripa edition.”

Ana Gasteyer filled in for Ripa yesterday while Erin Andrews is scheduled to work with Strahan the remainder or the week. “Pretty Little Liars” star Shay Mitchell will fill in on Monday. Ripa is expected to return on Tuesday but has not publicly commented on the on-going chaos surrounding Strahan’s move to “GMA.” 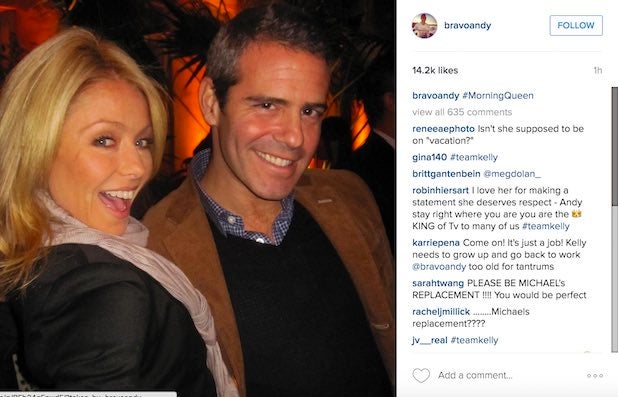