Calling the man a “butcher” and a “monster,” actor Kelsey Grammer sent an e-mail to a Colorado parole board imploring them to deny his sister’s killer’s request for release from prison.

Freddie Glenn, who is serving a life sentence after murdering three people in a six-week span in 1975 — including Grammer’s sister Karen — was denied the parole on Monday. He will not be eligible again for five years, the maximum allowed under Colorado law.

Grammer had planned to attend Monday’s hearing at the Limon Correctional Facility — 90 miles southeast of Denver — but rain grounded his flight. He sent the email to Teller County D.A. Robert Russel, who initially prosecuted Glenn. 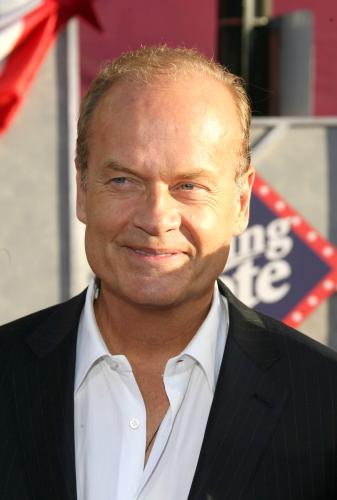 Karen was an 18-year old waitress at a Red Lobster restaurant in Colorado Springs when Glenn and two other men attempted to rob the restaurant, and after that failed, abducted her.

After dragging her around for another hold up, the men took her to an apartment where they sexually assaulted and then killed her, according to police testimony.

Glenn, 53, who also was convicted of murdering two other people, first became eligible for parole in 2006. Colorado no longer allows parole for criminals sentenced to life in prison for first degree murder, but Glenn was convicted before that ruling.

Russel read Grammer’s e-mailed letter aloud to the board on Monday.

Grammer began by apologizing for not being present at the hearing and went on to describe both what his sister had meant to the family and how her death affected every member of it, himself in particular. Her death occurred five years after their father had been murdered.

Grammer then characterized Glenn as a “monster” and questioned why the board would consider releasing him.

“Is it really possible for him to live on the outside again without returning to his old ways?,” he said. “Can you be certain that he will not slaughter another innocent life and destroy another family?"

There is no word yet on what the board ruled.

Thanks for all your help. I am saddened that I missed this opportunity to be at  the hearing. You know the circumstances: rain delays at Kennedy that made it impossible for me to be in Colorado Springs in time to attend. It is no fault of the airlines; things just turned out against me in this regard and I only hope that it does not result in turning things against my sister or the families of the victims in this case. Please tell the members of the parole board that it is my sincere hope they do not release my sister’s killer. Karen Elisa Grammer was her name. I thought they should know a little about her. She was a great kid. Karen graduated high school a year ahead of time and then attended college for a semester. Then, to my surprise, she decided to take a year off and explore the country for a bit. We had grown in Florida and had never been West, so she wanted to head to Colorado for a while then maybe California where my Mother’s family was from. There was also a boy that she liked who had gone to Colorado Springs, so that might have had “something” to do with it. But that day in 1975, she was really looking forward to coming home. Instead she was abducted by a group of animals; raped by them, savaged by them and then finally butchered by them.

She was so smart and good and decent. She wrote poetry and loved being alive; we could laugh for hours together, she had the greatest smile. She was my best friends and the best person I knew. She had so much to live for. I loved my sister, Karen. I miss her. I miss her in my bones. I was her big brother. I was supposed to protect her – – I could not. I have never gotten over it. I was supposed to save her. I could not. It very nearly destroyed me. I knew it destroyed my Grandmother, who spoke very little after Karen’s death and died three years later. My Mother was broken by it. She continues to live her life with a grief that colored her remaining years. She carried herself with such dignity and character, though she was bent from suffering. When we heard this man might be paroled, the suffering began anew. She died last July just days before Karen’s birthday. We spoke of my sister often through the years and mostly of how wonderful a girl she was but we always spoke with a nuance of sadness and abiding despair.

Please consider, when you wrestle with the fate of this man that killed my sister, the degree of suffering he has inflicted on his victims but also on the families of his victims. It has been many years since the murders and he has spent many years in jail. We, whose lives were so altered by his selfishness and brutality, have spent those years in a prison of our own. Yes, time has helped. But we will never be free. Why should his fate be any different? More importantly however how can you believe this man can be safely returned to society? Consider the extreme nature of his crimes – the disregard for simple humanity. This is a butcher. This is a monster. Is it really possible for him to live on the outside again without returning to his old ways? Can you be certain that he will not slaughter another innocent life and destroy another family?

I am a man of faith and my faith teaches me that I must forgive. And so I do. I forgive this man for what he has done. Forgiveness allows me to live my life. It allows me to love my children and my wife and the days I have left with them. But I can never escape the horror of what happened to my sister. I can never accept the notion that he can pay for that nightmare with anything less than his life. We all make choices. He made his. Surely a man who has killed so many must never take a single breath as a free man.

I thank you for listening. I wish I could say more. I wish I had been there to speak with you in person. Please, let this suffice. Please do not release this man from prison.