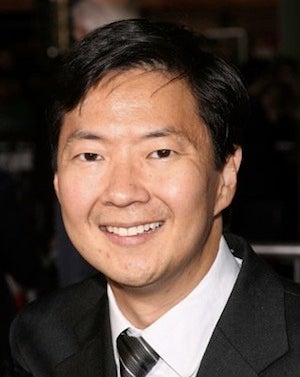 Ken Jeong, unlikely breakout star from "The Hangover" and a cast member on NBC sitcom "Community," will be the spokesman for NBCU's 2010 "Stand-up for Diversity" comic search.

Jeong also will host the event's final showcase in Los Angeles in December.

The search begins June 28 in New York City, with open-call auditions to follow in San Antonio on Aug. 1 and in San Francisco on Sept. 13. The most promising diverse stand-up comics win a talent holding deal with NBCU.

Since the inception of the program seven years ago, several of the comics who have participated have gone on to sign deals with leading Hollywood managers and agents and met with leading casting directors.

Ian Edwards, a finalist in the 2004 event, has since made appearances on "Late Night With Conan O'Brien," "Bad Boys of Comedy," "Live @ Gotham" and written for several shows.

"Being a finalist of NBCU's Stand-up for Diversity definitely opened many doors and presented me with opportunities," Edwards said in a statement.