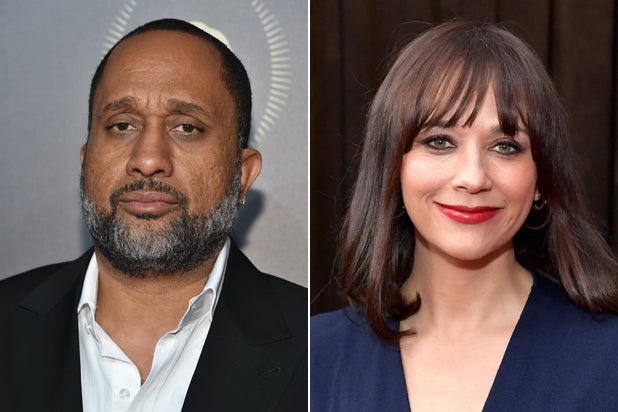 Kenya Barris has unveiled his first project for Netflix, the family comedy “Black Excellence,” led by the creator himself and Rashida Jones.

According to Netflix, the series is “inspired by Barris’ irreverent, highly flawed, unbelievably honest approach to parenting, relationships, race, and culture,” and seeks to “reboot the family sitcom in a way we’ve never seen before.”

Barris and Jones will executive produce the single-cam alongside “Black-ish” and “Grown-ish” alum Hale Rothstein. No further plot or character details were made available.

The series is the first to be announced under the nine-figure overall deal Barris signed with the streamer via his Khalabo Ink Society banner last summer.

The project has been in the works for some time, with a writers’ room set up last month. Barris himself hinted at the project in an interview with Adweek last October, describing it as a “flipped-on-your-head version of what a family show is.”

“I think the best way to do that is embrace the honesty and dysfunction of how raising a family is, especially in my particular family,” he said.

Barris created “Black-ish” for ABC, along with its spin-off series “Grown-ish” and the upcoming comedy “Unrelated,” both for sister network Freeform. He is also developing a remake of the classic comedy “Bewitched” as his final project under a previous deal with ABC Studios.