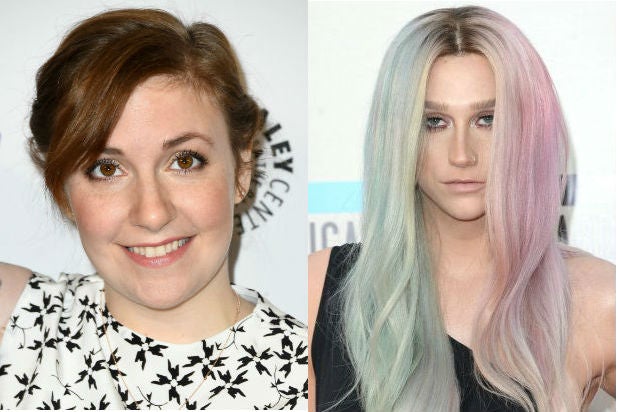 Lena Dunham has joined a number of celebrities rallying behind Kesha after the singer suffered a legal setback in her case against label Sony and her longtime producer Lukasz “Dr. Luke” Gottwald.

“When I saw the outcome of Kesha’s court case last Friday, I felt sick. Actually sick — I wanted to ask my Uber to pull over so I could throw up in a New York City trash can,” Dunham wrote in Tuesday’s edition of her online publication Lenny Letter.

“Sony could make this go away,” she said. “But instead the company has chosen to engage in a protracted legal battle to protect Gottwald’s stake in Kesha’s future.”

“Although the company insists that Kesha and Gottwald never need to be in a room together and that he will allow her to record without his direct involvement, they are minimizing what Kesha says regarding how Gottwald’s continued involvement in her career would affect her physical well-being and psychological safety,” she continued.

Dunham then went on to quote statistics about how abusers can exert control over victims even after the physical abuse ends.

For example, 19 states allow rapists parental rights over a child conceived through rape. Dunham also pointed out that financial abuse and control, as in Kesha’a case, is a part of 98 percent of abusive relationships.

“[What] man, what company endeavors to keep a woman saddled with someone who she says has caused her years of trauma, shame, and fear?” she said.

Dunham concluded by saying that gone are the days when women needed to be afraid about coming forward about abuse.

“We are not scared anymore of losing what we worked for, of being branded hysterical or difficult, of being targeted and silenced by men in power,” she said.

Kesha has been engaged in a legal and public-relations battle with her record label, Sony Music, over allegations that her longtime producer Lukasz “Dr. Luke” Gottwald repeatedly sexually assaulted her for roughly a decade.

A court decision Friday barred Kesha from voiding a contract to produce music with her alleged abuser. Since then, the singer has received public declarations of support from performers including Lady Gaga, Ariana Grande and Demi Lovato. Representatives for Taylor Swift confirmed Monday that the star had donated $250,000 to Kesha in a show of support.

Gottwald defended himself Monday on Twitter calling the accusations “horrendous and untrue.”