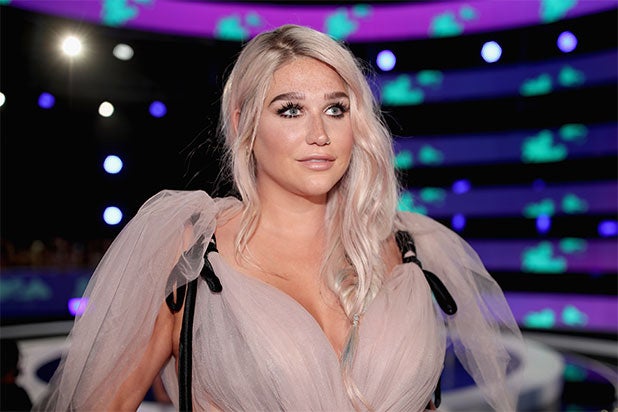 Kesha didn’t hold back at her show in Las Vegas on Saturday, when she preached to the crowd about never letting anyone “own you” and “take away your happiness.”

Although the singer doesn’t mention anyone by name, many assume she is referring to Dr. Luke, with whom she’s been encased in a legal battle with since 2014. That year, Kesha filed a lawsuit against Dr. Luke also known as Lukasz Gottwald, accusing him of rape and emotional abuse. Kesha also added Sony to the lawsuit, contending that the company “had knowledge of Dr. Luke treating female entertainers under his tutelage and supervision in the same manner as alleged here regarding [Kesha] which includes both physical and emotional abuse.”

While Kesha was unsuccessful in getting out of her Sony contract, the singer did receive a groundswell of support from fans and fellow artists alike, with artists such as Adele and Lady Gaga expressing their solidarity with her.

In July, Kesha announced a new single, titled “Praying,” and her third studio album, “Rainbow,” was released on Aug. 11.