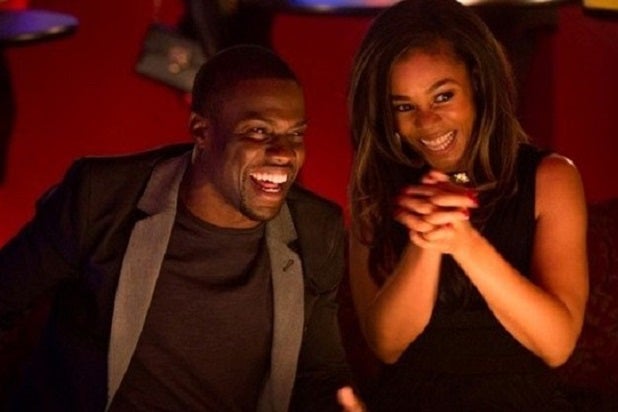 That Kevin Hart has become a box office-force is an indisputable fact. That his films do more advance ticket sale business from mobile phones than any others says something about how he’s doing it.

Sony’s “About Last Night,” which opened at No. 2 behind “The Lego Movie” this weekend, sold a greater percentage of its tickets – 66 percent — via mobile phone at Fandango than any wide release ever has, the online broker told TheWrap Tuesday.

What’s more, Hart broke his own record. The previous biggest mobile seller by percentage was “Ride Along” at 65 percent, and the No. 3 film was is his 2013 concert movie “Let Me Explain” at 64 percent.

“Jackass Presents: Bad Grandpa” (60 percent) and “The Conjuring” (56 percent) round out the top five.

Hart’s Twitter presence has a lot to do with it. He has nearly 10 million followers, and is vocal and relentless in promoting his movies and other projects. It stands to reason that a young fan base that is wired enough to make him a major social media force would use their cell phones to buy tickets.

“The record speaks to Kevin Hart’s huge following in social and mobile, plus the growing adoption of mobile devices for movie discovery and ticketing,” Fandango President Paul Yanover said Tuesday.

The past weekend was Fandango’s biggest ever in terms of percentage of ticket sales via mobile phones.

“We are seeing an enormous shift in consumer engagement and commerce on mobile and with our commitment to innovations, Fandango’s mobile app downloads and mobile ticketing percentage will continue to grow,” Yanover added.

Also read: How Kevin Hart’s ‘Ride Along’ and ‘About Last Night’ Are Double-Crushing the Box Office

Hart has become a marquee name at the box office over the past year.

“About Last Night,” which co-stars Michael Ealy, Regina Hall and Paula Patton, brought in $27.8 million over the four-day Presidents Day weekend. That comes on the heels of “Ride Along,” the Universal buddy comedy featuring Hart and Ice Cube that set a January record with its $41.6 million opening weekend.

December’s “Grudge Match,” in which Hart played a supporting role while Sly Stallone and Robert De Niro stepped into the ring, was a miss at the box office. But before that his concert film “Kevin Hart: Let Me Explain” made $32 million domestically, on a budget of $2.5 million.

Next up for Hart will be “Think Like a Man Too,” with Sony’s comedy sequel set for a June 20 release via Sony.