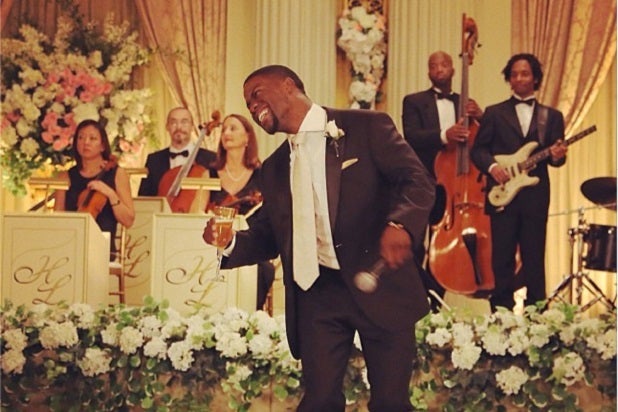 Hoping that box-office lightning will strike twice, Sony on Monday set the Kevin Hart comedy “The Wedding Ringer” for the Martin Luther King holiday weekend of next year.

Two weeks ago “Ride Along,” a Universal comedy starring Hart and Ice Cube, set the record for the biggest MLK opening ever with $48 million over the long weekend. “The Wedding Ringer,” from Miramax and Sony’s Screen Gems, will debut on Friday, Jan. 16, 2015.

That date puts it up against Fox’s “Frankenstein” with Daniel Radcliffe, and Universal’s untitled Michael Mann  project.

See video: ‘Ride Along’ and ‘Lone Survivor’ Replay: 5 Things We Learned From This Weekend’s Box Office

“We are thrilled to be working with Kevin Hart,” said Jeff Blake, Sony’s chairman of worldwide marketing and distribution. “We are big believers in his talent and it’s clear from the performance of ‘Ride Along’ that he is a star with a powerful box office presence.”

Sony is already in the Kevin Hart business. It will release “About Last Night” on Valentine’s Day, Feb. 14, next month, and has the sequel “Think Like a Man Too” set for June 20.

“The Wedding Ringer,” in which Jimmy (Hart) provides best-man services for socially challenged guys, is directed by Jeremy Garelick from a screenplay he wrote with Jay Lavender. Adam Fields and Will Packer are producing.