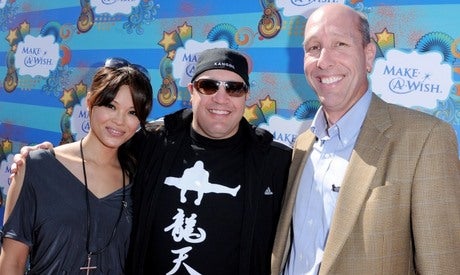 James and his wife, Steffiana, hosted a carnival-style event for the Make-a-Wish Foundation. (That’s them at left, with Make-a-Wish president David Williams; photo courtesy of Getty Images.) 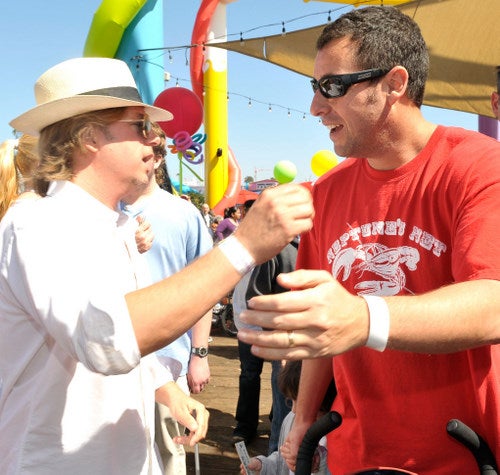 A predictable coterie of comics, including Maya Rudolph, Tom Arnold and David Spade (at right, greeting Sandler; photo by Getty Images) spent the afternoon with the foundation’s children beneficiaries. While Arnold honed in the dart booth, Mischa Barton manned the ring toss before heading for the rides herself. 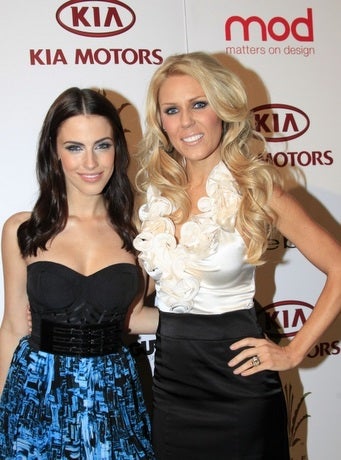 While last week’s Oscar party circuit lacked a “GM 10” event — in case you’ve forgotten, that was a mid-2000s Oscar week highlight where stars such as Jamie Foxx, Kanye West and Hilary Duff would walk a GM runway paired with a vehicle — another marriage between star models and car models sprang to life this weekend. Kia brought in Jessica Lowndes and, from “The Real Housewives of Orange County,” Gretchen Rossi for its Matters on Designs fashion show with Bebe at the Grove. (Photo at left via Tim Regas) 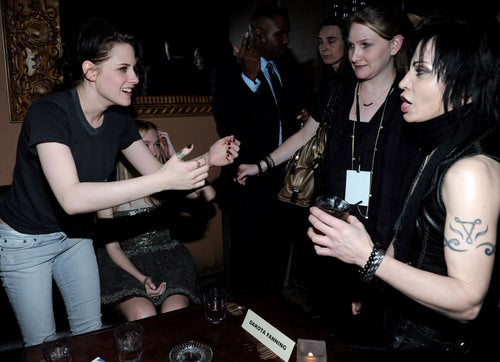 After changing out of her dress from Thursday night’s “The Runaways” premiere, Kristen Stewart made her way from the ArcLight to the after-party across the street in jeans and sneakers. Stewart negotiated the paparazzi storm waiting outside the Green Door, finally breaking free to jump in and share territory with Dakota Fanning and Joan Jett. (Photo at right courtesy of Getty Images)

Fellow attendees Taylor Lautner, Judge Reinhold and Ryan O’Neal provoked the most rubber-necking at the festivities for the band biopic, which opens this week.