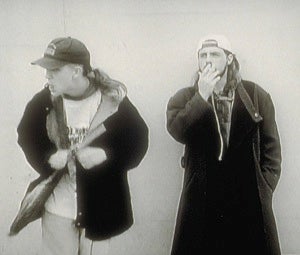 TheWrap asked filmmaker Kevin Smith about the closure on Thursday of Miramax after 31 years. He wrote the following in response:

I was never a brand-name whore in my life, except when it came to indie film. And from the moment I knew I wanted to be in film, there was one label I wanted on my ass: Miramax.

Nothing got between me and my Miramax. They were the gold standard. They were the Edmonton Oilers, circa Gretzky; and for a few seasons, I skated for a dynasty team that raised the Cup multiple times, year after year.

What Harvey and Bob built from scratch resembled an old studio star-factory; but this time, the stars were the filmmakers. It was a gang (of New York), and like any good gang, it was dripping with street cred. Just being a part of that gang sent a message: I run with rebels.

But Miramax wasn’t just a bad-boy clubhouse, it was a 20th century Olympus: throw a can of Diet Coke and you hit a modern-day deity.  And for one brief, shining moment, it was an age of magic and wonders.

I’m crushed to see it pass into history, because I owe everything I have to Miramax.  Without them, I’d still be a New Jersey convenience store register jockey. In practice, not just in my head.