L.A. is losing another one to talk radio.

KFWB-AM (980) is going talk radio, with syndicated relationships expert Dr. Laura Schlessinger as the tentpole. The popular advice-show host will move her operations from KFI-AM on Sept. 8. 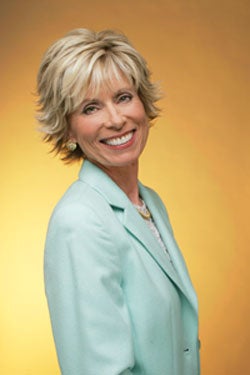 Schlessinger has one of the largest audiences in radio, behind only Rush Limbaugh and Sean Hannity, according to Talkers magazine, trade journal of the talk-radio industry.

“I’m unbelievably thrilled to join KFWB,” Schlessinger said in a statement. “We worked closely to create an opportunity that was too good to turn down, including unprecedented marketing support. In teaming up with the award-winning KFWB news team and terrific hosts like Laura Ingraham, we’ll be able to reach more listeners and be part of an exciting new chapter further up the AM dial.”

Ed Krampf, senior vice president and Los Angeles market manager for CBS Radio, KFWB’s parent company, in  a statement. "You need an anchor, and there are very few of them in this industry. She’s the kind of anchor that can make this station successful."

A three-hour morning newscast hosted by Phil Hulett and Penny Griego will start the day, from 6 to 9 a.m., followed by syndicated programs hosted by Ingraham from 9 a.m. to noon, Schlessinger from noon to 3 p.m. — the same slot she occupies at KFI — and Michael Smerconish from 6 to 9 p.m.

The new KFWB will continue with local news updates at the top of each hour. It also will continue to carry Angels baseball on weekdays, and all the team’s playoff games come October.

CBS has owned both KFWB and KNX-AM (1070) since 1995. KNX went all-news in 1968, but earlier this year began specializing in entertainment coverage to separate itself from the larger sister station.  But ratings have slipped at the station. Though KFWB was averaging a 2.2% share as recently as November, that number dropped to 1.3% by June.