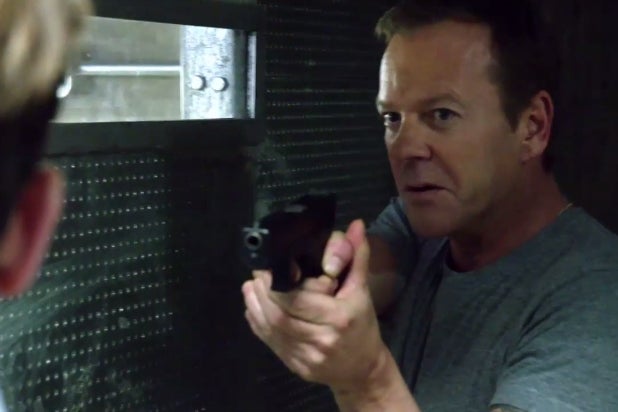 Kiefer Sutherland‘s publicist has responded to Freddie Prinze Jr.’s claims that Sutherland was “unprofessional” and that he “hated every moment” of working with Sutherland on the Fox drama “24.”

Sutherland’s rep opted to kill Prinze with kindness in a statement obtained by TheWrap on Monday, saying the actor enjoyed working with Prinze — even if his former co-star doesn’t feel the same.

The statement from the actor’s publicist also made note that this is the first time that Sutherland has heard about Prinze’s displeasure with him in the half-decade since the two shared the screen together.

“Kiefer worked with Freddie Prinze, Jr. more than five years ago, and this is the first he has heard of Freddie’s grievances,” the statement reads. “Kiefer enjoyed working with Freddie and wishes him the best.”

Prinze, who played Cole Ortiz on “24” in 2010, recently took time out from not making another “Scooby Doo” movie in order to lash out at Sutherland, calling him “the most unprofessional dude in the world” and saying that Sutherland was so unpleasant to work with that Prinze considered leaving acting behind.

“Kiefer was the most unprofessional dude in the world. That’s not me talking trash; I’d say it to his face. I think everyone that’s worked with him has said that,” Prinze told ABC Radio News, noting that he “hated every minute of” working with Sutherland.