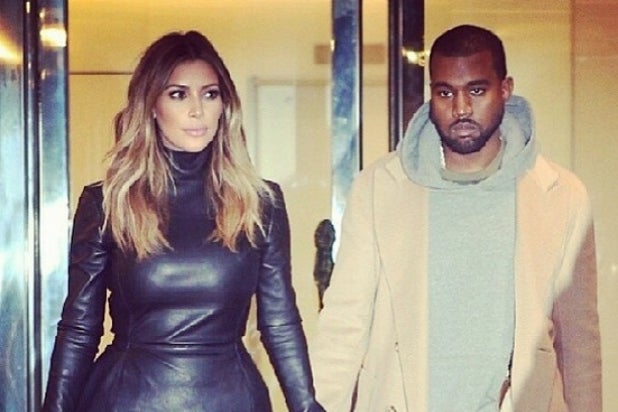 Who said romance is dead?

Kanye West surrounded fiancee Kim Kardashian‘s white couch with 1,000 red roses to celebrate Friday’s Valentine’s Day, and the “Keeping Up With the Kardashians” star Instagrammed the photo evidence to prove it.

The roses appear to be several dozen long-stemmers to a vase, with candles surrounding the flora, dangerously close to drawn curtains.

Kardashian, legs up, laying on the couch in the photo, appears to be either swooning by the gesture, doing crunches, or potentially being raised from the dead, given the hollow eyes that were not filtered out.

At the time of this writing, 650,000 Instagram users thumbed-up their approval in just 12 hours.