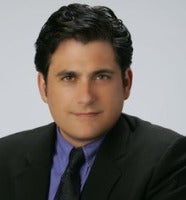 Klarman has been general manager of Oxygen since January 2008, overseeing day-to-day operations and management of brand strategy, consumer and trade marketing, on-air promotion and creative services.

Klarman will continue to report to Zalaznick.

"Under Klarman’s watch, Oxygen Media has experienced double and triple digit growth across every platform … and since 2008, one hundred new advertisers have partnered with Oxygen Media, with the network’s total revenue increasing by more than 30 percent," the network’s statement said.

Klarman arrived at Oxygen from sister NBC cable channel Bravo, where as a top marketing executive, he oversaw the channel’s 2005 rebranding. Before that, he was a key marketing official at Fox News, helping oversee the launch of the cable news channel.

NBC Universal acquired Oxygen in November 2007. Zalaznick, who was president of Bravo, and later Bravo Media, from 2004-2008, joined Oxygen in January 2008.
x