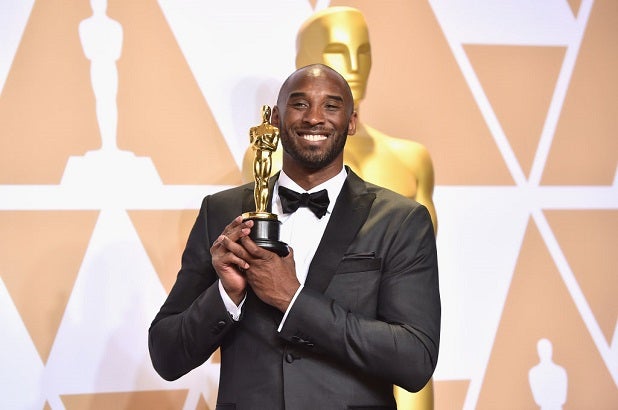 Oscar winner Kobe Bryant was remembered at the annual Oscar Nominees luncheon on Monday, one day after the tragic helicopter crash that claimed the life of the NBA star, his teenage daughter and seven other passengers.

“We all heard some terrible news yesterday and we should take this moment to acknowledge the tragic death of Kobe Bryant, 2018 Oscar Winner for Best Animated Short Film, the death of his daughter Gianna, and of seven others,” said Academy President David Rubin.

“Kobe attended the nominees luncheon two years ago and with all his mega success on the court, he was probably the most excited person in the room to be a nominee. I know we all send his family our deepest heartfelt condolences. Lets all just take a moment of silence in his honor. Thank you.”

“Dear Basketball,” which won Bryant and Disney animation legend Glen Keane the Academy Award in 2018 for Best Animated Short, is a six-minute, hand-drawn short based on a poem Bryant wrote in November 2015 and published on the Players’ Tribune website to announce his retirement from basketball. Keane, who left Disney after a 40-year career included designing and animating such iconic characters as Ariel in “The Little Mermaid,” the genie in “Aladdin” and the Beast in “Beauty and the Beast,” depicts Bryant as a child and as an NBA superstar, as Kobe’s voiceover explains what drove him and why it was time to end his playing days.

The NTSB is currently investigating the deadly crash.