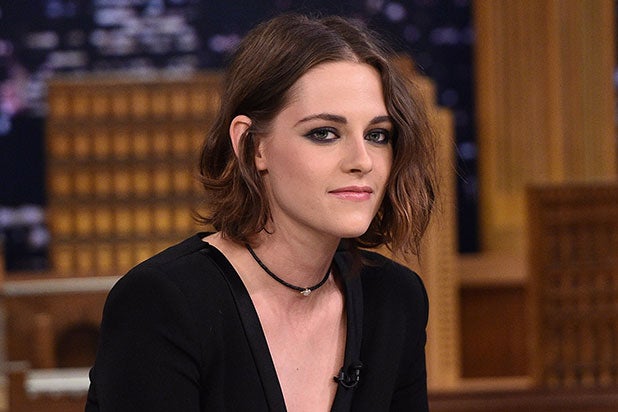 The “American Ultra” star vaguely dipped into her personal life during a new interview with NYLON in light of reports that she is dating a woman named Alicia Cargile. Although Stewart’s mother has previously described them as “lovers,” the actress did not confirm the relationship in favor of maintaining the “ambiguity of this life.”

“If you feel like you really want to define yourself, and you have the ability to articulate those parameters and that in itself defines you, then do it,” said Stewart. “But I am an actress, man. I live in the f–king ambiguity of this life and I love it. I don’t feel like it would be true for me to be like, ‘I’m coming out!’ No, I do a job. Until I decide that I’m starting a foundation or that I have some perspective or opinion that other people should be receiving… I don’t. I’m just a kid making movies.”

Stewart, most famous for starring opposite former boyfriend Robert Pattinson in “Twilight,” believes more people will share her point of view in the years to come.

“I think in three or four years, there are going to be a whole lot more people who don’t think it’s necessary to figure out if you’re gay or straight,” she said. “It’s like, just do your thing.”

Moreover, the “Twilight” alum talked to the magazine about her perceived personality, which media outlets have previously described as boring, awkward and unfriendly.

“It’s like I’m involved in a weekly comic book,” said Stewart. “I have this assigned personality… which I helped create, I suppose. People stand to make a lot of money on people like me — it’s this booming industry, so why would you go and change the character that people are paying for?”

Stewart stars alongside Jesse Eisenberg in action-comedy “American Ultra,” which hits theaters Aug. 21. The role, like every other before it, “terrified” her.

“I’m always f–king terrified before every role, even if it’s fun and stupid or whatever,” she said. “‘American Ultra’ is a stoner comedy, but it was physically strenuous, and to try and tell such an absurd story but keep it grounded so people will believe it is really hard.”