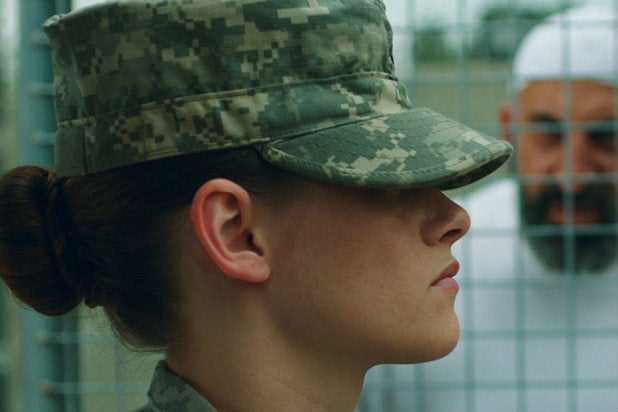 Payman Maadi and Lane Garrison co-star in the movie, which premiered in competition at the 2014 Sundance Film Festival.

Stewart plays a young woman who joins the military to be part of something bigger than herself and her small town roots, but ends up as a rookie guard at Guantanamo Bay. Her mission is far from black and white, as she is surrounded by hostile jihadists and aggressive male squadmates. When she strikes up an unusual friendship with one of the detainees (Maadi), both of their worlds are forever shifted.

“Peter Sattler has made a stirring, sensitive and thought-provoking film that features two powerhouse performances by Payman Maadi and Kristen Stewart,” said Jonathan Sehring, president of Sundance Selects/IFC Films. “Maadi proves once again that he is a force to be reckoned with and Stewart undoubtedly gives the best and most moving performance of her already remarkable career.”

The deal for the film was negotiated by Arianna Bocco, SVP of acquisitions and productions at Sundance Selects/IFC Films, with UTA Independent Film Group and André Des Rochers of Gray Krauss Stratford Sandler Des Rochers LLP on behalf of the filmmakers.