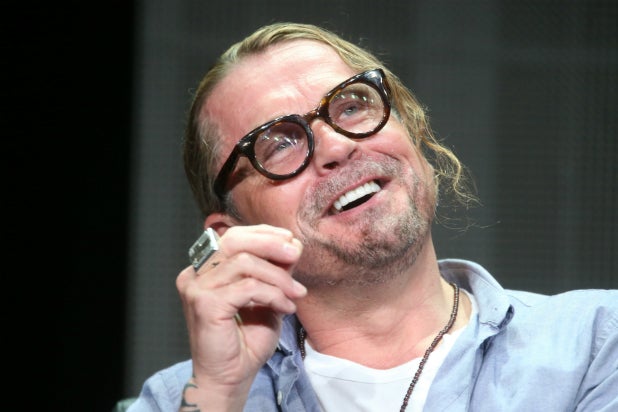 A few hours after being fired by FX, “Mayans MC” co-creator and now former co-showrunner Kurt Sutter had a little lighthearted fun on Twitter at the expense of the network’s parent company, Disney, when he pretended to have found his next job.

“Thanks for all the love and support. I’ve been vocalizing all day. So ready to nail this audition and start my next gig. Hakuna matata, motherf—ers,” Sutter tweeted, along with a photo of a casting call for “Vocalists for the Festival of the Lion King” at Walt Disney World.

Earlier Thursday, Sutter told cast and crew members on the “Sons of Anarchy” spinoff that he’d been fired following complaints about his behavior. “I deeply apologize if I’ve made people feel less than or unsupported,” he wrote. “My intention was literally the opposite. But clearly I’ve not been paying attention. My arrogance and chronic distraction has created wreckage. Just know, I adore this cast and crew.”

In a follow-up email, published by Deadline, Sutter blamed a change in culture at the network after Disney’s purchase of Fox. “The truth is, the suits wanted me gone. I stepped on toes and bruised egos,” he wrote. “And in this Disney regime, I’m dangerous to the wholesome brand. And clearly not worth the trouble. So 18 years of friendship, loyalty and producing quality television, was flushed down the drain.”

The news comes about two months after Sutter announced plans to step down from the show at the end of the season, leaving it in the hands of his co-showrunner Elgin James should FX pick up a third season. “It’s time for the white man to leave the building,” Sutter said at the time.

Thanks for all the love and support. I’ve been vocalizing all day. So ready to nail this audition and start my next gig. Hakuna matata, motherfuckers. pic.twitter.com/6P1u3zQdtP