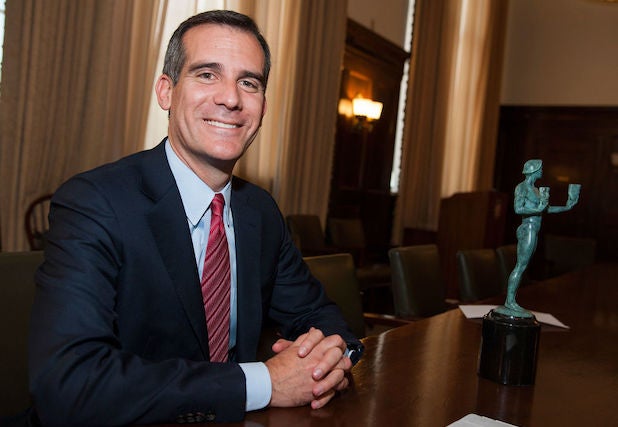 In an expansion of existing rules, all residents of the city of Los Angeles are now required to wear protective masks when out of their houses, Mayor Eric Garcetti announced Wednesday night, though some exemptions are allowed.

Previously the city required residents to wear masks inside stores and on public transportation in order to protect from infection by COVID-19.

Garcetti announced the rule on Twitter, saying “We’re requiring all Angelenos to wear face coverings when they leave the house. There are exceptions in place for small children or those with disabilities.”

Also Read: Thousands of Californians Are Training to Be COVID-19 Contact Tracers in 1st Statewide Program

The city’s coronavirus resources website explains that the exemptions will apply to “young children who are at risk of suffocation and people with certain disabilities.” According to ABC7, the exemption for children applies to those two years and younger.

The city has not yet clarified how the order will be enforced and it isn’t clear how strict the rules actually are. In a further statement early Wednesday evening, Garcetti suggested that it will be somewhat based on the discretion of residents. “As long as you’re not doing a solitary activity or with your own household, put that mask on,” he said.

In that, the order was reminiscent of the confusion Tuesday, when Los Angeles County Public Health Director Barbara Ferrer said that the “safer at home” guidelines will remain in place through at least August, leading many to conclude this meant residents will remain on full lockdown.

Also Read: LA County to Extend 'Safer at Home' Order for Next 3 Months But Restrictions To Be 'Gradually Relaxed'

But that wasn’t the case, as Ferrer and Garcetti later clarified that this meant only that there won’t be a full reopen without safety measures in place anytime soon. “I think, quite simply, [Ferrer’s] saying that we’re not going to fully reopen Los Angeles, and probably anywhere in America, without any protections or any health orders in the next three months,” Garcetti said. “But that doesn’t mean three weeks from now, six weeks from now, two months from now, we won’t continuously edit that order and make sure that we open up safely as much as we can.”

But on Wednesday, Garcetti also suggested the new rules requiring masks are in place in part to facilitate a faster reopening of the city, saying that wearing masks “will help us get more freedoms, open up more parts of our city.” Already the city is allowing limited reopenings of public parks and retail shops.