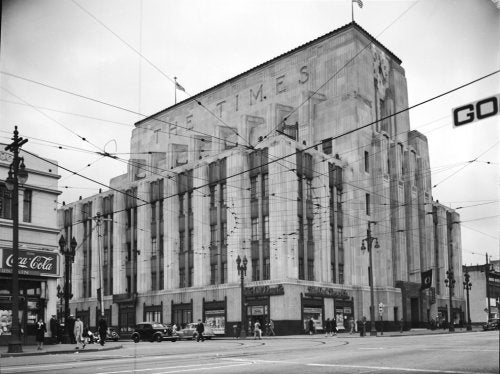 In 2007, when Elina Shatkin got a call from the L.A. Times asking her to immediately start writing for the paper, she jumped at the chance — even though she had promised herself she would take a long-overdue vacation.

By that day in June, Shatkin had rolled up a string of writing credits for entertainment industry trade publications, including Variety and American Cinematographer.

“Somehow though,” she told TheWrap, “I don’t think it was my pieces on nonlinear editing systems that got me the job – it was my work on LAist.”

Her blogging experience would serve her well at the Times, where she wrote food coverage both in print and for online-only, along with general assignment and features for the Calendar and Guide sections.

Until this morning, that is, when she received an email from her editor, Dean Kuipers, who had to give her the sad news that she was laid off.

“I wasn’t terribly surprised,” says Shatkin, who adds that employees had known lately that more cuts were coming. “It’s really sad getting laid off because I’ve worked with some incredibly smart and talented people, and had such a great time here, even on my shittiest days.”

Shatkin, who plans to finally take that vacation before looking for work, will spend the rest of the week on payroll packing up her office belongings, transferring computer files and awaiting the inevitable sendoff drink with her colleagues. She joins a list of people who have left this week, including veteran arts writer Suzanne Muchnic, whose retirement was announced yesterday, and longtime foreign correspondent Richard Boudreaux.

A month ago rumors began circulating that around 40 layoffs would cap the year’s concluding round of dismissals, but so far there hasn’t been word to confirm that such a large number are involved.

Update: Sources confirm that those who left in the last round include seven reporters, three photographers and a photo editor, as well as an assistant editor on the Book Review.