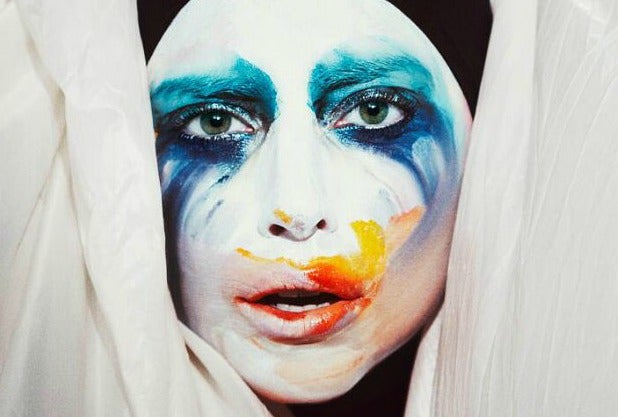 Lady Gaga asked for forgiveness from her “monsters” — and even from her album, “ARTPOP” — in a post justifying the delay in the release of her “Do What U Want” music video.

She also explained away all of her recent failures. Spoiler alert: they aren’t her fault.

The mea cupla came via Gaga’s fansite littlemonsters.com, where the former “Mother Monster” and apparently current “Goddess of Love” — to which she also changed her name on Twitter — was equal parts remorseful and accusatory.

Gaga pointed the finger over her lackluster 2013 at those who have “betrayed” her, accusing now-former team members of mismanaging her time and health and caring more about money than quality.

Specifically regarding the “Do What U Want” video delay, the songstress claimed that she was only given one week to plan and execute the piece — the same amount of time she was allotted for “Applause.” She called the short window “devastating,” adding, “I devote every moment of my life to creating fantasies for [fans].”

Gaga lamented that, following a surgery, she was too sick, tired and sad to fight back, bashing those in her corner for not maintaining her best interests. “I never thought after all the years of hard work that those I called friends and partners would ever care so little at a time I needed them the most,” she said.

But Gaga promised the flopped album — which sold just 258,000 units in its debut and had the biggest second-week drop of last year — would have a resurrection of sorts.

“The next few months of ‘ARTPOP’ will truly be its beginning,” the pop star penned. “Because those who did not care about ‘ARTPOP’s’ success are now gone, and the dreams I have been planning can now come to fruition.”