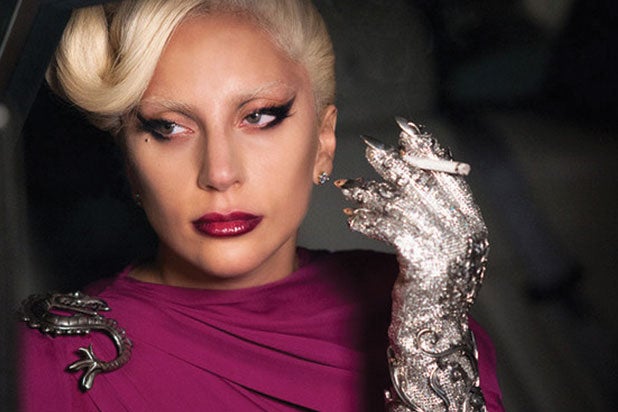 Speaking on “Elvis Duran and the Morning Show,” Gaga said she’d be back for the upcoming season of Ryan Murphy‘s program, joining the previously confirmed Angela Bassett.

When pressed for details, Gaga said, “I can’t promise you how or when or anything like that.”

See Video: Oscars: Watch Lady Gaga Stand With Rape Survivors in 'Til It Happens to You' Performance

Gaga made her debut on the show as the Countess in Season 5, for which she won a Golden Globe for Best Actress in a Limited Series in January.

“American Horror Story” premiered in 2011, with Murphy and Brad Falchuk as co-creators. Jessica Lange had previously been the main character across all seasons until she decided to not return for Season 5. Other cast members of all five seasons include Sarah Paulson and Evan Peters. Emma Roberts, Kathy Bates, Lily Rabe and Denis O’Hare have been in several seasons as well.

Also Read: Lady Gaga on Her 'AHS' Golden Globe Nomination: 'This is a Real Honor for a Waitress'