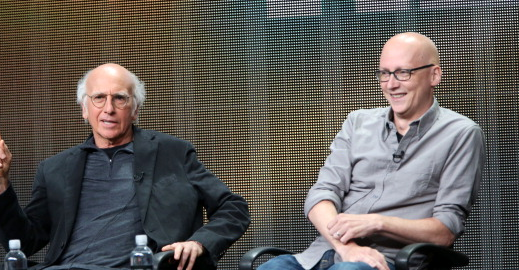 He explained to any who weren't in on the gossip: "There's kind of a Showtime-HBO thing."

HBO supported David's contention that Showtime didn't want the star of its new hit "Ray Donovan" being credited in an HBO show. But that didn't keep Donovan from showing up uncredited. "Clear History" director Greg Mottola (pictured with David) is one of Schreiber's best friends.