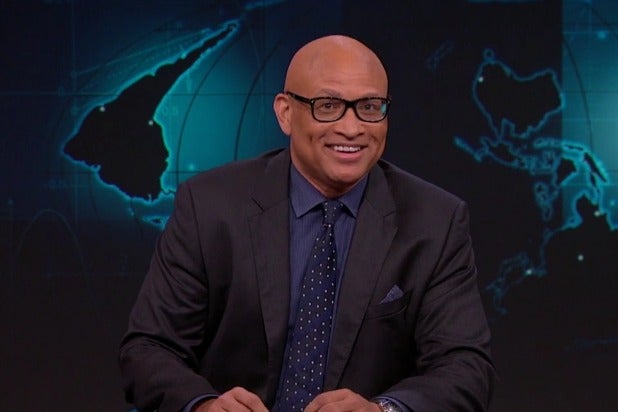 Go, Comedy Central! Way to be on the wrong side of history!!!

Timing makes champions, Comedy Central, so your decision — announced with the violent abruptness of an eviction notice — to muzzle the most thrilling and vital persona on television, on offensively short notice and about 90 days before our epic presidential election, places your executive brain trust in a spotlight of cluelessness (at best) rarely seen in the annals of media.

Comedy Central, you have dined out as this bastion of progressive, diversified talk TV, self-presenting as a kind of front-and-center televised testimonial to the ongoing existence of a vibrant and challenging free press, the cornerstone of democracy — very much alive and well at Comedy Central.

Yes, Comedy Central tells it like it is — that is, until quote-unquote flagging ratings and the shameful absence of any aggressive, imaginative Comedy Central campaign to help bring “The Nightly Show” up in numbers motivated you to suddenly and mercilessly and most of all myopically yank the blazing and often hilarious vision of Wilmore and his brilliant circle of on-screen and off-screen collaborators from the national dialogue.

So congratulations, Comedy Central, on choosing to super-charge the re-whitening of your decidedly already extremely white line-up, while unceremoniously silencing Wilmore’s genius perspective on the un-blackening from the national dialogue in one fell swoop.

Larry Wilmore and his genius team have led us clear-eyed and hilarious through so many of the harrowing and absurd bottom-line events and themes that dominate the upcoming election. How shameful and foolish for Comedy Central to chicken out now, less than three months from the big day. Pulling the plug on the most consistently provocative and truth-seeking brand in

Bad call, you guys. Larry & Co. will flourish, wherever they choose to go now. Comedy Central absent Larry Wilmore? You blew it, guys — you blew it.

On Aug. 18, “The Nightly Show with Larry Wilmore" will come to an end after 20 months in the Comedy Central timeslot once held by "The Colbert Report." While it never came close to reaching the numbers of its predecessor, Wilmore proved in the series' 259 episodes that he could be as powerful a satirist and commentator as Jon Stewart with his takes on major political and social stories.
View In Gallery
BIO Jonathan Demme
Jonathan Demme is the Academy Award-winning director of "The Silence of the Lambs" and three dozen other feature films and documentaries, including "Melvin and Howard," "Philadelphia" and "Stop Making Sense." His latest performance film, "Justin Timberlake + The Tennessee Kids," will screen at the Toronto Film Festival in September.

Jonathan Demme is the Academy Award-winning director of "The Silence of the Lambs" and three dozen other feature films and documentaries, including "Melvin and Howard," "Philadelphia" and "Stop Making Sense." His latest performance film, "Justin Timberlake + The Tennessee Kids," will screen at the Toronto Film Festival in September.