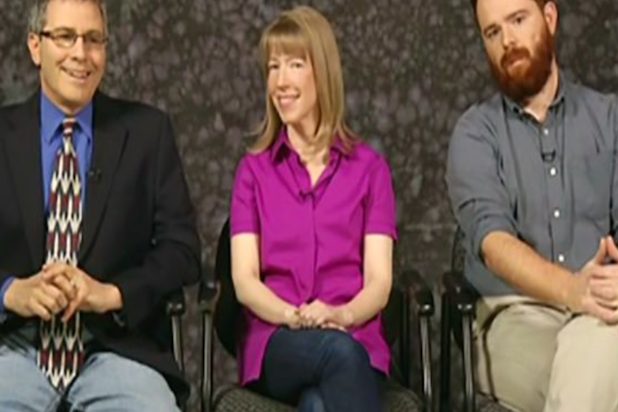 The third and final member of the trio of reporters who revealed the identity of the Las Vegas Review-Journal’s secretive buyer, Sheldon Adelson, is leaving the paper.

Business reporter Jennifer Robison is leaving the Review-Journal to become a communications principal for PG&E in San Francisco. Her departure marks the end of an era, as all three of the Adelson whistle blowers have now moved on.

Adelson and his team wanted to remain anonymous, but Robison and two colleagues identified him as the paper’s new owner. The secret was revealed in December, only a week after Adelson and his family purchased the paper.

“I am leaving freely and happily,” Robison said on Twitter.

James DeHaven left shortly after the news broke and Howard Stutz departed in February to take a job at a law firm. Robison had been on the business news desk of the Review-Journal for more than 11 years, also covering things such as the Affordable Care Act, real estate and employment.

The paper has been chaotic since Adelson took control last year and reportedly started firing employees for disloyalty recently.

Columnist John L. Smith resigned last month after the paper banned him from writing about casino owners Steve Wynn and Adelson, whose family owns paper. Features editor Stephanie Grimes — who has been outspoken about the Adelson conflict — was let go from the paper last week.