John Lasseter is largely responsible for ushering in animation’s new golden age. As head of Pixar, he has overseen the most commercially successful – and critically acclaimed – filmmaking operation in the history of Hollywood. Hits such as the “Toy Story” franchise, “A Bug’s Life” and “Cars” (all of which he also directed), “Finding Nemo” and “The Incredibles” have made billions worldwide and racked up scores of awards. Its latest, "Up" is nominated both for Best Picture and Best Animated Feature.

Is it true you won your first award at the age of five from a local grocery store for a drawing of the Headless Horseman? 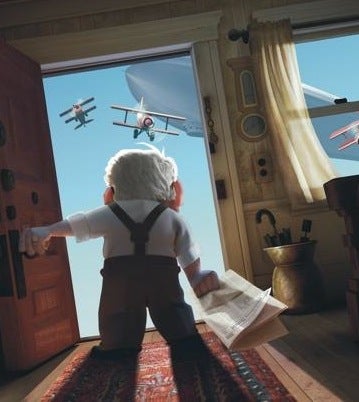 (Laughs) Yes. I grew up in Whittier, my mom was an art teacher and our local grocery had a Halloween flier competition with the Headless Horseman image on it, so I colored it in and added to it and won.

But when the manager gave me my $15 prize as a $10 and $5 bill, I was very upset as I had no concept of denominations! So they took me back to the cashier and counted out 15 separate dollar bills, and then I was happy.

“Up” is Pixar’s 10th original hit. Can you keep it up?
It’s tough. I’m so proud that every single one of our films is 100 percent original — not based on any book or previous project. We’re creating the stories ourselves, and it’s hard to do that. You have to do things really well — and tell stories that are intelligent and unpredictable.

Then you have to populate it with appealing characters — and “appealing’s” the key word. Even the bad guys should be appealing. And you must create a believable world. Not realistic — but believable for the story you’re telling. Do those three things, and you entertain audiences and transport them.

And it got an Oscar nomination…
I had hoped that people would be finally willing to nominate an animated film for Best Picture — for many years I’ve felt there’s been an animated film that was easily one of the top films of the year. I just want animation to get the respect it deserves.

“The Princess and the Frog,” which took the old-fashioned 2D route with hand-drawn animation, was a box-office disappointment. Do you think that technique still has a future?
Absolutely. And we’re in the middle of making a new “Winnie the Pooh” feature using hand-drawn animation.

I think “The Princess and the Frog” had a perception problem — that it was for little girls and kids. It was nothing to do with the technique, and when my career’s over, I think it’ll be in the Top 5 of the ones I’m most proud of.

So, what’s the secret of Pixar’s success?
It’s not much of a secret (laughs). We focus so strongly on story and make it the most important thing. From the choice of subject matter to the world it takes place in, we work and rework it till it’s the best possible story reel. 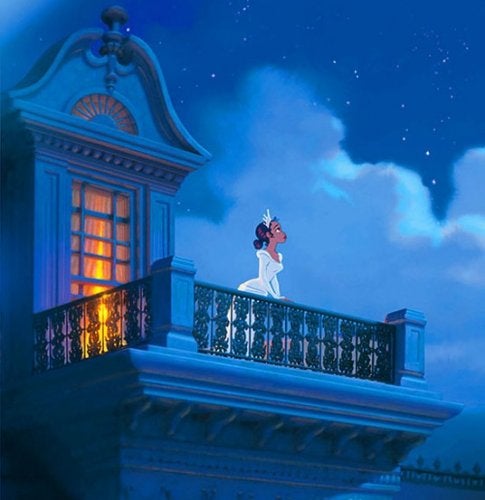 In animation, we can’t do coverage like live action films as it’s so expensive to produce each scene; so we make sure every scene is exactly right by editing the movie in advance of production by making story reels. I will never let something go into production unless the story reel is working great – because you can never save a bad story with beautiful animation. You can make a great story reel even greater with fantastic animation, but never save a bad idea.

The other secret is that Pixar is a filmmaker-led studio, with the directors and producers working together as a team, and we surround them with all the other creatives. We screen our films no matter what state they’re in every few months, and we all discuss them. It’s a very healthy working environment, because every one at the table’s there to help make it better.

There’s no studio politics and people making notes because they’re in charge. We don’t have studio executives. It’s just filmmakers making our films.

Do you plan on doing any more directing?
Yes, I’ll keep doing it a bit. My job as Chief Creative Officer keeps me pretty busy, overseeing all the stories and directors and projects at both studios, but I’m directing these shorts – “Cars-toons” – made from the “Cars” characters, which was the last feature I directed. I can do those while still overseeing all the rest of the stuff.

You’re the first producer of animated films to be awarded the Selznick Award by the PGA — following in the footsteps of Stanley Kramer, Saul Zaentz, Clint Eastwood and Billy Wilder. What does it mean to you?
I’m very proud, because animation is filmmaking, even though often it’s relegated to something else. They’re shown in the same theaters, on the same screens.

Animation seems to be in a golden age now.
You’re so right. This past year we had 20 animated films released – the most ever – and they’re all really good and in such a wide variety of techniques. There’s CG, hand drawn, stop motion and so many filmmakers like Wes Anderson are now exploring its capabilities. It’s just such a beautiful art form.