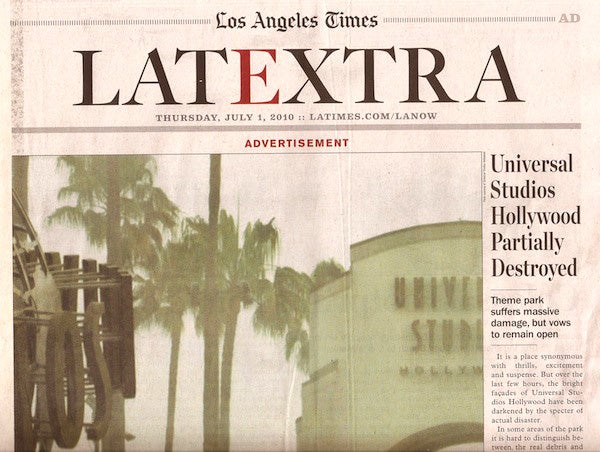 The L.A. Times is at it again, allowing an advertiser to overtake an editorial section.

On Thursday, the paper published a fake four-page wrap-around advertising section designed to look like the paper's LATEXTRA section, which was buried inside.

All of it was an advertisement for the refurbished King Kong ride, which opens Thursday. The last page of the section is a full-page ad for the ride.

The pages are clearly labeled as advertisements. 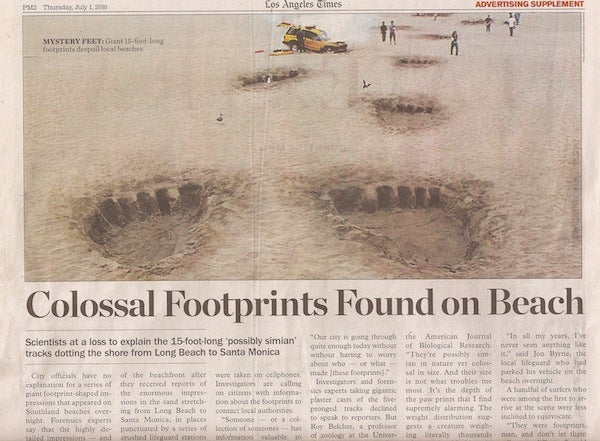 A spokesperson for the Times said the content is "intended to build excitement for the King Kong experience." The paper wouldn't discuss ad costs.

A representative for Universal did not immediately return a request for comment.

In March, the Times sold its front page to Disney for $700,000 to promote Tim Burton’s “Alice in Wonderland,” with Johnny Depp’s Mad Hatter covering the front page stories.

“We worked very closely with Disney to come up with an exceptional and distinctive way to help them open ‘Alice in Wonderland,’” John Conroy, a spokesman for the Times, told TheWrap that month. “It was designed to create buzz, and to extend the film’s already brilliant marketing campaign. “

In April 2009, the paper stirred controversy by running an ad on its front news page for NBC’s “Southland.” At the time, critics inside the paper and out accused the Times of selling its editorial integrity for an ad, because the ad appeared at a casual glance to be an article.

Dozens of editorial staffers protested, and it ultimately led to the exit of executive editor John Arthur. (Arthur was also critical of an ad for "The Soloist" that was published under the paper's banner.)

The Tribune Company, which owns the Times, is currently in bankruptcy, and the paper has been through several rounds of layoffs since Sam Zell bought it in 2007. And like nearly all newspapers, the Times has had to deal with steep advertising declines to match its circulation.

Two months after the "Southland" incident, HBO bought a front-page wraparound ad for its "True Blood" series. (That deal was struck by Farish, another of the executives promoted by the Times.)

In each case, the studios said the Times had initiated the ad packages.