A scene involving Michael Jackson’s sister LaToya — hastily cut for the U.S. premiere of its much-anticipated “Bruno” — will remain out of the film, a Universal spokesman has confirmed. 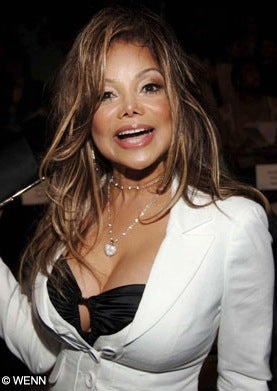 "Out of respect for the Jackson family, the  filmmakers have decided to remove a small scene involving La Toya Jackson," the spokesperson told TheWrap.

The cut will be made worldwide, even though the uncut film already has premiered in Europe.

The scene shows LaToya being served sushi off a naked man — and ends, as does another with former Presidential candidate Ron Paul also in the film — with LaToya offended and abruptly ending the interview.

Bruno is a mockumentary starring Baron Cohen as a gay Austrian journalist who provokes outrageous situations among real people.

The filmmaker also recently shot new scenes for the film in response to concerns of the gay community in Hollywood. It was felt that the mockumentary might actually fuel homophobia among those who didn’t understand the satire.