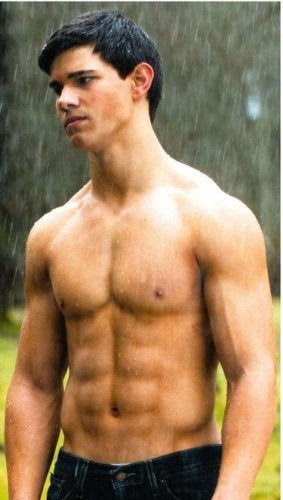 Taylor Lautner has become one of Hollywood’s top-paid teens, despite never having opened a film on his own.

His salary — a cool $7.5 million for Universal’s upcoming "Stretch Armstrong" — far outstrips the sums commanded by fellow heartthrobs Zac Efron and Shia LaBeouf at similar points in their career.

True, Lautner’s "Twilight" co-star and fellow hearthrob, Robert Pattinson, got $10 million for the vampire sequels, but that includes three movies — most likely four, if "Breaking Dawn" is split in half, as expected.

And though no figures were available, it’s highly unlikely Pattinson made anything in that range for last weekend’s mid-budget romantic drama "Remember Me."

LaBeouf made less than $1 million for "Disturbia," $1 million for "Transformers" and $5 million-$6 million for "Indiana Jones and the Kingdom of the Crystal Skull," according to an individual with knowledge of the deals.

Efron rode his wavy locks and dulcet tones to a reported $3 million payday for the third edition of "High School Musical" and banked a reported $1 million for "17 Again."

Big paydays, but they pale in comparison to Lautner’s.

Though many Hollywood heavyweights praise Lautner’s poise and acting talent and predict major stardom for the young actor, he remains a relatively unproven commodity.

As a tabloid teen idol, he certainly deserves some credit for "New Moon’s" $700 million worldwide gross.

But from a business point of view, Lautner’s only other notable roles have been as a minor part of the top-shelf ensemble in February’s "Valentine’s Day" and a turn as one of the titular characters in Robert Rodriguez’s 2005 kids fantasy "The Adventures of Shark Boy and Lava Girl" — a movie he made when he was a 13-year-old unknown. 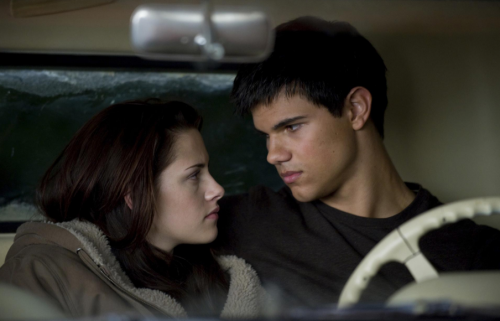 Yet Universal was not the only studio willing to shell out for the young actor’s much-on-display though mostly untried abs. Even before he signed on to "Stretch Armstrong," Paramount was pursuing him for "Max Steel," an actioner based on the Mattel toy, reportedly for a multi-million dollar payday.

Lautner ended up passing on "Steel" due to scheduling conflicts and a larger offer from Universal.

In fact, for an unproven neophyte, Lautner’s dance card is surprisingly full. Not only did his busy production schedule force him to drop out of "Steel," he also pulled out of the extreme flying story "Northern Lights" and is pushing back the start of his hostage thriller "Cancun" — perhaps indefinitely.

In the meantime, he has another high-profile production, the spy movie "Abduction," waiting in the wings, along with the rest of "The Twilight Saga."

Universal declined to comment on Lautner’s salary, but the studio said he is an ideal candidate for the physically challenging title role in "Stretch Armstrong" given his karate training. He also boasts the looks and charm necessary to sell the role, Donna Langley, co-chairman of Universal Pictures, told TheWrap.

Lautner’s camp declined to comment for this article, but those who have worked with the young star say he could become a major star.

"He has tremendous potential," Chris Weitz, director of his "The Twilight Saga: New Moon," told TheWrap. "He deserves a lot of credit for the movie’s box office. If you look at the movie, it should have been the weakest in the franchise, because Robert Pattinson doesn’t play as big a role.

"Taylor had to pick up that slack, and if his character hadn’t been emotionally, not just physically, appealing, the movie wouldn’t have been as big a hit," Weitz said.

In Lautner’s favor is that "Stretch" is an effects-heavy tentpole, one of Universal’s big releases in the summer of 2012, and the studio insists the pressure of opening the movie won’t be shouldered entirely by Lautner.

"We’re not looking for him to open a movie," Universal’s Langley told TheWrap. "He’s just one component. There’s a 3D element, and it’s a fun concept that’s reducible and easily marketable. Taylor’s not the only marketing angle."

More than just his talent and physical fitness, Langley said, she was impressed with Lautner’s savvy knowledge of the business.

The studio chief said she believed the young actor would be an enthusiastic partner in selling the film to worldwide audiences, committing to a rigorous schedule of junkets and interviews in service to "Stretch."

"I have never sat down with an actor in his age range, with the exception of Zac Efron, who had such a clear vision for his career," Langley said. "He reads everything, to the point where I joke with him that he should do my job. From where I sit, that makes me feel good about going into production with him."

What worked in "Twilight" may not work elsewhere, though experts laud the Lautner team’s decision to go a big-budget action film route.

"If you’re an actor that’s looking to make that transition from boyish charm to mature adult, then the clearest answer is to get yourself in an action-adventure where you’re shooting guns or driving on a plane," said Howard Suber, a film professor at UCLA and author of "The Power of Film."

But the right roles and the right attitude may not be enough, Suber says. A lot also depends on how an actor ages. For every Leonardo DiCaprio or Johnny Depp, who successfully navigate the rocky shoals of idol-dom to emerge as stars in their own right, there are scores of Jason Priestleys and C. Thomas Howells who never mature into more adult roles.

"When the cute and baby fat wears off, it’s not clear that the audience will still be there," Suber said.

(Read also: "Is There Life After ‘Twilight’ for Its Teen Idol Stars?")