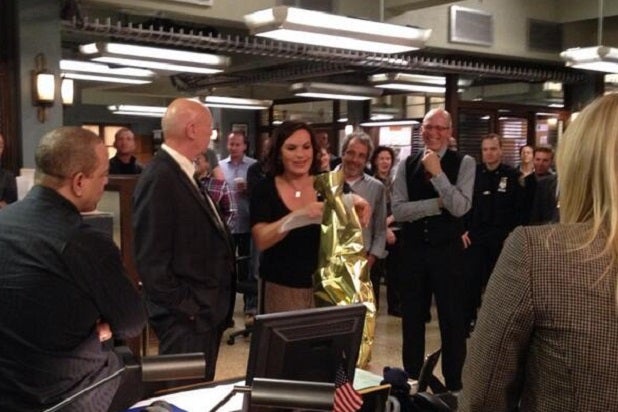 Captain Cragen has hung up his badge.

Dann Florek, who’s played Cragen on the NBC procedural since 1999, announced via Twitter that he’s departed the series.

The actor added that he received a “sweet send off” on Friday, his last day.

“Friday was the last day 4 Cragen/Florek,” he tweeted. “It was a sweet send off! But he’ll live on in syndication land 4 evah!”

“SVU” showrunner Warren Leight tweeted a photo from the set, writing, “Saluting the Captain at the close of his 401st episode — all respect to @dannflorek.”

Florek’s final episode is expected to air in January. October saw the departure of Richard Belzer, who played Sgt. John Munch on the series.