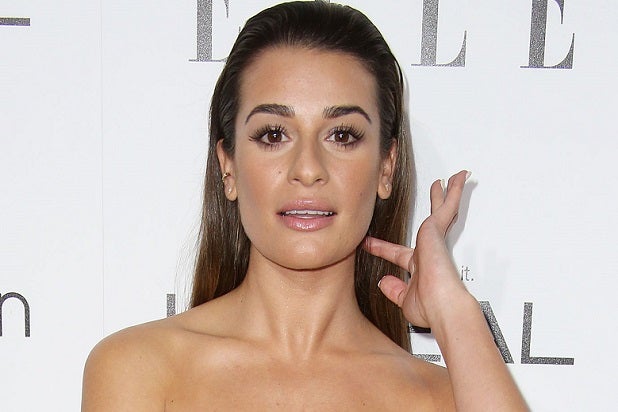 “Glee” star Lea Michele has opened up about the death of her co-star and boyfriend Cory Monteith, saying that she’s trying to use Monteith’s death for good.

“I never thought I would be in this position in my whole life. Now that I am in this position, you can choose to rise, and that’s what I’m going to try to do,” Michele said in the December issue of Elle. “I know that Cory would want nothing more than for me to take this situation and use it to help people.”

Michele also revealed how actress Kate Hudson, who had a guest-starring run on “Glee” last season, opened up her home to Michele during the media frenzy that followed Monteith’s death.

“I called [Hudson] and said, ‘I don’t know where I’m going to go because my house is swarmed [with reporters],'” Michele, who’s opened up about Monteith’s death only occasionally, said. “She was like, ‘Oh, you’re going to stay at my house.’ Like it was nothing. No one knew I was there. I’ll never really be able to thank her, truly, for what she did for me.”

Monteith, who had a long-standing struggle with addiction, died in Vancouver in July of what was later determined to be an accidental overdose, with the coroner noting that Monteith died of “[i]ntravenous heroin use in combination with ingestion of alcohol.”