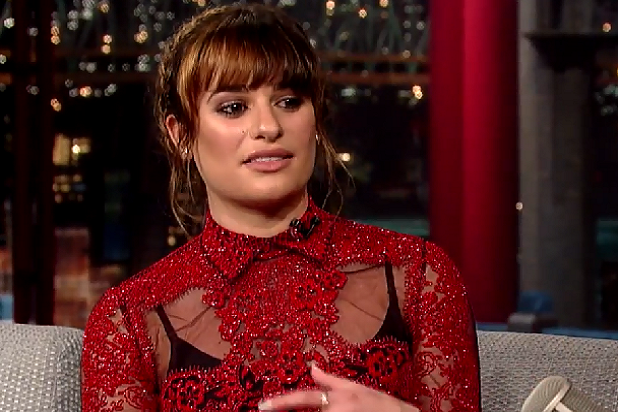 You’ve been called out by Lea Michele, OK! Magazine.

“Scream Queens” star Lea Michele mercilessly mocked the tabloid over reports that the “Glee” alum had taken to binge-eating, ripping the magazine in a video posted by her co-star John Stamos.

In the video, which Stamos captioned, “No one messes with our girl,” Michele is seen reading a report on herself published by the magazine.

“She’s been gorging on pastas and baked goods and blowing off her regular workouts. She’s put on 10 pounds!” Michele mockingly recites from the report.

“It’s taken a toll on her self-esteem,” the actress continues. “She’s caught in a vicious cycle of binging!”

Michele’s “Scream Queens” co-star Emma Roberts sets her up for the punchline to the video, asking, “So what are we eating for lunch?”

Watch Michele gorge on sarcasm in the video.