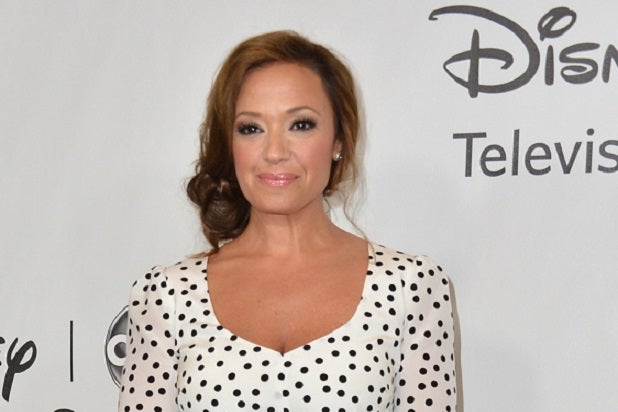 Leah Remini is hooking up with TV Land for “The Exes.”

The “King of Queens” and “The Talk” veteran, who recently competed on ABC’s “Dancing With the Stars,” has signed on as a recurring cast member on the comedy.

Remini will play Nicki, the sister of David Alan Basche’s Stuart character. Described as “a tough-talking, no-nonsense, stylish and sexy woman from Staten Island whose 17-year marriage ends when she finds out her policeman husband had an affair.” Nicki retreats to Manhattan to seek Stuart’s comfort, only to find out that he’s living with roommates Phil (Donald Faison) and Haskell (“Seinfeld” alum Wayne Knight), as well as living next door to his divorce attorney.

Unable and unwilling to keep her opinions to herself, Nicki turns all their lives upside down as she tries to put her life back together and make a new future for herself in Manhattan.

“The Exes,” which revolves around divorced dudes Phil, Haskell and Stuart, returns with new episodes Dec. 11.