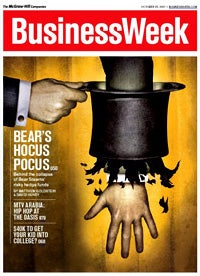 Like everything else, the recession has had a profound impact on the buying and selling of media companies. Through the first half of the year, the market for media deals was virtually bone dry, as a stock market slide, advertising slump, crumbling banking system and a credit crash killed any chance of financing them.

But on the heels of the news that BusinessWeek has indeed gone on the block — and that several suitors including OpenGate Capital (which bought TV Guide last year for an astonishing $1.00, plus the assumption of debt) have emerged as suitors — could the M+A market finally be poised for a turnaround?

In the first of an ongoing series of interviews with media bankers, TheWrap recently spoke with DeSilva + Phillips managing partner Reed Phillips about the media deal landscape.

TheWrap: Give me your brief “State of the Union” for media M+A. Which sectors are the strongest? Weakest?

Reed Phillips: I may have an overly-optimistic view of where we are in the current economic cycle, but I believe we have hit bottom and are on the road to recovery. Not everyone agrees with me, including a few of my investment banking colleagues here and several media executives who I respect. If I’m right, this is good news for the media industry. Even though an advertising rebound will lag the recovery of the general economy, we will be on the road to brighter days.

January through May were extremely bleak for media M+A. It was almost impossible to sell a media company during this time. Ordinarily, my company would close seven or eight deals in a five-month period, but during this time we closed just one.

How did it get so bad?

RP: There are several reasons why media M+A came to a screeching halt in early 2009. First, the decline in the economy caused advertisers and consumers to shut their wallets. Many media companies showed year-over-year revenue declines of more than 30% in the first quarter of 2009. Buyers became hesitant about buying any media business, unsure of when the bleeding might stop. No one wants to buy a company that is in a continuous decline.

Second, the credit crunch has put 50 percent of the buyer universe — private equity funds — on the sidelines. The other 50 percent — strategic buyers — are not buying more of what they already own – traditional media — but are instead looking to acquire digital media companies.

What does the potential sale of BusinessWeek and Playboy — two of the magazine industry’s most recognizable brands — mean for media M+A?

RP: A few years ago, BusinessWeek was worth a billion dollars. Today, it has no value. That kind of rapid decline in value is giving buyers of media businesses a real scare.

Are you hearing more M+A chatter than you were in the last six months?

RP: Yes, things have opened up. For example, we closed three deals in June and July and have several others slated for closing in August and September.

When do you anticipate a turnaround for the consumer magazine industry?

RP: As traditional media goes through its transformation to digital, it is still unclear which companies will survive and thrive and which will disappear. I expect to see several well-known media brands go out of business in the next year or two. Others will be sold.

What do the next 12-18 months look like to you, M+A-wise? Your crystal ball prediction.

RP: As the economy recovers and the advertising and credit markets are reactivated, media M&A activity will rebound. But, the real driver of media M&A activity for the next few years will be from the disruption caused by the emergence of new technologies.