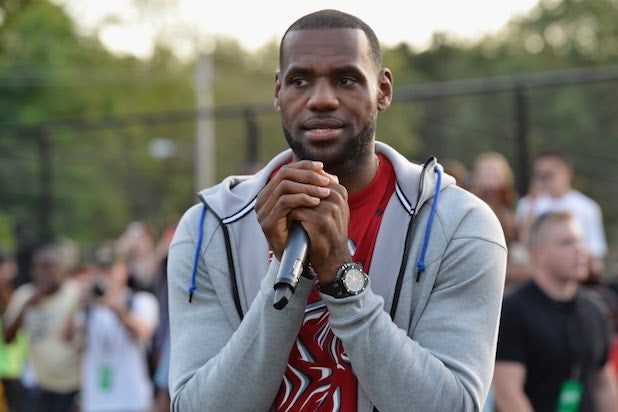 NBA star LeBron James disagrees with Donald Trump when it comes to locker room talk, telling reporters on Wednesday that the Cleveland Cavaliers don’t disrespect women when they chat among themselves.

James was weighing in on the brewing controversy surrounding the GOP presidential nominee’s recently released boasts about groping women — and on Trump’s defense that his vulgar statements to Billy Bush on a hot mic in 2005 were just “locker room talk.”

“What is locker room talk to me? It’s not what that guy said. We don’t disrespect women in no shape or fashion in our locker room,” James said, before explaining that he typically discusses family and sporting events with teammates.

Video of James’ comments were tweeted by Hillary Clinton.

Meanwhile, New England Patriots quarterback Tom Brady walked out of a press conference on Wednesday when he was asked about the topic.