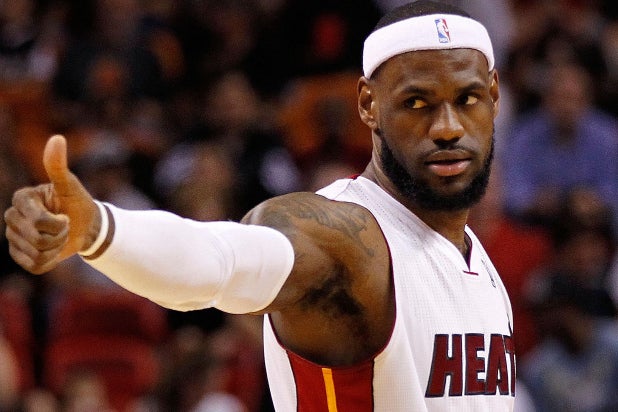 O’Malley broke the news during an Emmy Contender interview with TheWrap. The annoucement of James’ newest TV acting gig comes just a few weeks before he will make a cameo in Judd Apatow‘s summer comedy “Trainwreck,” starring Amy Schumer and Bill Hader.

“I’m flying to Cleveland tonight because we’re going to shoot LeBron in the show,” O’Malley said.

He said James, who currently serves as an executive producer on the series, has been an asset to the writers. While his basketball career precludes him from being in the writers’ room, he regularly pitches story ideas loosely based on his real life experiences.

“He has a very optimistic point of view, in terms of what it means to be a professional athlete,” O’Malley said. “Professional athletes are, in any given city, the heroes of that city. They are the villains in other cities. That’s a complex thing for a young man or a young woman to go through. I think LeBron has been great in giving us some prespective as to what that’s like.”

But O’Malley was quick to clarify that the show is purely fictional and not based on James’ or anyone else’s life, but merely includes moments that a professional basketball player would relate.

“He certainly has creative influence on what is authentic, what is accurate, what is real, what a professional athlete goes through, some of the challenges that he’s gone through,” O’Malley said.