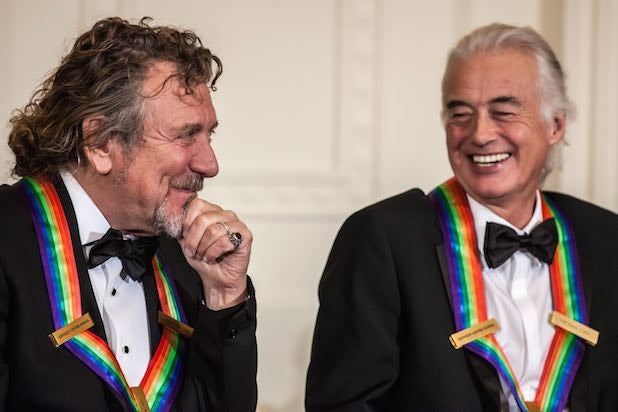 As any Led Zeppelin fan knows, the group has long been associated with one legendarily impure fishing expedition. And now they’re being accused of engaging in a pure one.

In the latest turn in the “Stairway to Heaven” copyright saga, the group was accused of undertaking a “pure fishing expedition” in legal papers filed Tuesday.

In the filing, attorneys for plaintiff Michael Skidmore — trustee for the Randy Craig Wolfe Trust which, according to the papers, owns Wolfe’s copyrights — blast Team Zeppelin for questioning the validity of the trust.

Also Read: 'Stairway to Heaven' Lawsuit: Led Zeppelin Denies Copyright Claims, Cops to Being Called 'One of the Greatest Bands in History'

Skidmore brought the suit, claiming that Zeppelin’s rock classic “Stairway to Heaven” infringes on the song “Taurus” by the group Spirit, of which Wolfe (nom de rock: Randy California) was an original member. Wolfe died in 1997.

Led Zeppelin’s camp contends that the Wolfe trust is only valid if it is a qualified charitable foundation or other qualified entity, and claims that Skidmore’s legal team hasn’t provided evidence to that effect. Zeppelin’s lawyers are asking Skidmore’s team to provide proof, such as “all Internal Revenue Service notices or correspondence qualifying the Randy Craig Wolfe Trust as a charitable foundation or other qualified entity.”

The plaintiff’s side contends that it has already provided all the proof that’s necessary, and that the Zeppelin team’s request for further documentation is “overly broad, vague, irrelevant, not calculated to lead to the discovery of relevant evidence, and unduly burdensome.”

According to the filing, Skidmore claims that the trust’s receipts “are used to donate musical instruments for schoolchildren in Ventura County.”

Listen to a side-by-side of “Taurus” and “Stairway to Heaven” below.