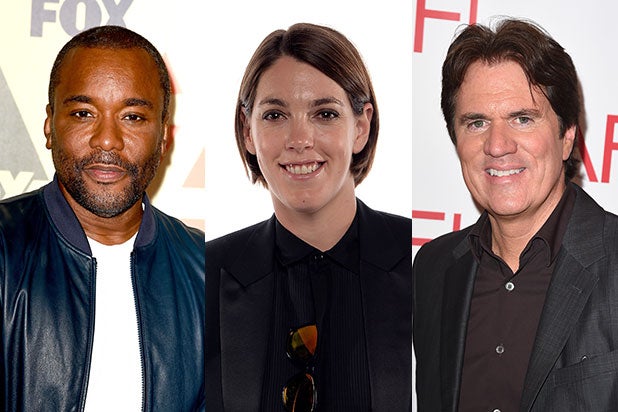 The Screen Actors Guild Foundation will honor Lee Daniels, Megan Ellison and Rob Marshall with the first “Patron of the Artists Awards” at the nonprofit’s 30th anniversary celebration on Nov. 5.

The honor recognizes individuals whose creativity has made a positive impact on the acting profession and the performing arts.

“This year, the SAG Foundation celebrates 30 years of giving back to the community, and our three Patron of the Artists Award recipients are class acts known for generously contributing to a worldwide community of artists,” said SAG Foundation President JoBeth Williams.

“Each has discovered, nurtured and propelled creative talent both in front and behind the camera,” Williams continued. “Lee for diversity in storytelling and casting, Megan as a next-generation patron for auteur filmmakers, and Rob for reviving the musical genre and giving actors opportunities to showcase different talents.”

“Actors are the pulse of every project I do. I’m excited and honored to be part of this special event with the SAG Foundation,” said Daniels.

Daniels is an Academy Award-nominated filmmaker, whose credits include “Lee Daniels‘ The Butler,” “Precious” and “The Woodsman.” Daniels was the first African-American to be nominated for a Director’s Guild of America Award for “Precious.”

He is currently working on the television series “Empire,” for which he serves as a producer.

Ellison is the founder and principal of film production and finance company Annapurna Pictures. Ellison is one of only four honorees ever to receive two Best Picture nominations in the same year.

Marshall most recently directed and produced Disney’s “Into the Woods.” His other directorial credits include “Chicago” and “Memoirs of a Geisha.”

The SAG Foundation recently announced that Leonardo DiCaprio will receive the Actors Inspiration Award during the anniversary celebration.

The event will take place at the Wallis Annenberg Center for the Performing Arts in Beverly Hills on Nov. 5, and will include musical performances to be announced over the coming weeks. Ticket sales will benefit the SAG Foundation.

The nonprofit provides assistance and educational programming to the professionals of SAG-AFTRA while also benefitting the community with its signature children’s literacy programs. For over 30 years, the foundation has granted more than $17 million in financial and medical assistance through its Catastrophic Health Fund and Emergency Assistance Programs, as well as offering 5,000 free educational workshops, panels and screenings to union performers nationwide.