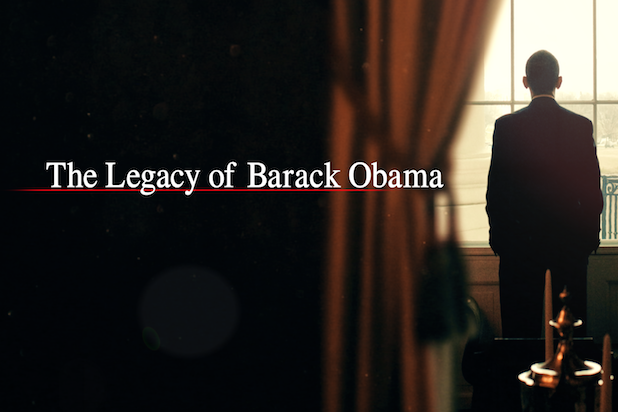 “I was able to convince them that it would be a serious and substantive look. Obviously they had no idea how it would come out, favorable or not,” Zakaria told TheWrap about “The Legacy of Barack Obama,” airing tonight on CNN. “What appealed to [Obama] was the idea that this would be kind of a first draft of history.”

Zakaria said that Obama is “very aware of history and the way in which history is shaped, the way in which people are remembered” and will go down as “one of the most intellectually-minded presidents” we’ve ever had.

The Obama administration cooperated and Zakaria sat down with the president in September for a two-hour interview that touched on everything from ISIS to Obamacare.

“I’ve tried to be completely honest about what happened to try to provide a perspective that incorporates the views of both his critics and supporters,” Zakaria said, explaining that the special covers Obama’s failure to make drastic changes regarding gun control and also his success in finding Osama Bin Laden.

“There were some very big strategic moves that he took that seemed to pay off, and then there were some places where they were caught unaware and history moves so fast that it engulfs them,” Zakaria said.

Regardless of how viewers feel about the president, Zakaria believes there is one thing that can’t be denied.

“The most important thing about Barack Obama is not what he did, but who he was. The first African-American president in a country that had slavery,” Zakaria said. “That historical dimension to his presidency will always endure.”

“The one person we wanted to get but could not was Michelle. I think that Michelle Obama has decided she does not want to be a voice on the public policy dimension of her husband. She has decided that she wants her role to be a different one, perhaps more of a bi-partisan one,” Zakaria said. “I talked to Obama himself about it and he said, ‘I’ll put in a good word, but I’ve got to tell you: Michelle makes up her own mind.'”

“The Legacy of Barack Obama” airs tonight at 9 p.m. ET with an encore presentation tomorrow at midnight ET on CNN.