Federal Judge Dale Fischer on Monday denied a request for an injunction to block the release of Chris Rock’s documentary “Good Hair.” 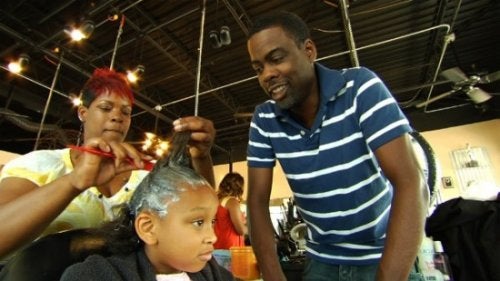 Plaintiff Regina Kimbell is seeking to block the film’s release as part of a $5 million copyright infringement lawsuit she filed Oct. 5 in U.S. District Court in downtown Los Angeles.

“We always knew that it would be tough getting the judge to grant a request for a preliminary injunction. We are looking forward to going to trial,” said Kimbell’s attorney, Reginald K. Brown.

Rock co-produced, co-wrote, narrates and appears in "Good Hair," which features such celebrities as rappers Ice-T and Eve, actress Kerry Washington and the Rev. Al Sharpton talking about African-American hair issues and hairstyles over the years, like the conk, Afro, Jheri curl and dreadlocks.

"Good Hair" has been in limited release and now has the go-ahead to open nationwide Friday.

Kimbell claims there are more than a dozen similarities between "Good Hair" and her film, “My Nappy Roots: A Journey Through Black Hair-itage.” She also said Rock screened her film — which won the Pan African Film Festival’s best documentary award in 2007 – on the set of his TV show “Everyboody Hates Chris” that same year.

Among the similarities, according to Kimbell: Both films are socially and politically conscious; both were inspired by the filmmakers’ respective daughters; both tour a “manufacturing plant where hair relaxers are made; both also include the use of celebrities — in “Roots," it’s Vivica A. Fox, Malcolm Jamal-Warner and Kim Fields, among others.

Both also look at how India is involved in the use of weaves, and Kimbell claims that while screening her film Rock called out, “We have to go to India!”

Kimbell claims Doug Miller, an executive producer of “Good Hair,” had asked to screen the film for Rock and had promised to sign a non-disclosure agreement.