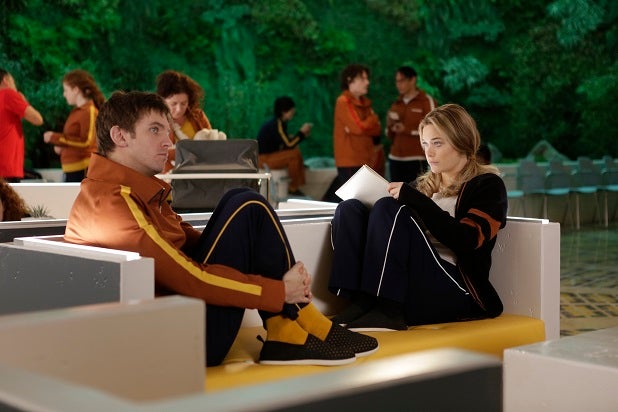 (Some light spoilers ahead for the premiere of FX’s “Legion”)

Astute classic rock fans might have picked up on an interesting Easter Egg in the premiere episode of the FX superhero show “Legion.” It’s a nod to the legendary band Pink Floyd.

Based on the “X-Men” comic character, “Legion” follows the story of David Haller (Dan Stevens), a guy who hears voices and has superpowers. In the first episode, Haller is living in some kind of 1970s mental institution, and meets another patient, Syd (Rachel Keller). The pair get close (although Syd can’t handle being touched), until events tear them away from each other.

If you’re up on your rock history, you might find Syd’s full name ringing bells. It’s Syd Barrett — the same as the late founding member of Pink Floyd. Barrett is credited with giving the band its name, but left the band in 1968. He died in 2006.

In fact, Pink Floyd plays a big part in “Legion.” Last year at New York Comic-Con, executive producer Noah Hawley said that when the show was first being brought together, he met with composer Jeff Russo to talk about its sound. Hawley said he told Russo he wanted “Legion” to invoke Pink Floyd’s “Dark Side of the Moon.”

“That album more than anything is really the soundscape of mental illness to some degree,” Hawley said at Comic-Con.

The Pink Floyd, “Dark Side”-inspired feel permeates “Legion,” and the surreal presentation throughout the first episode makes it difficult identifying what’s real. That’s very much in line with David’s experience in life — he hears voices and has trouble separating reality from fantasy. The twist is that David’s latent mutant powers might be the reason for his mental instability.