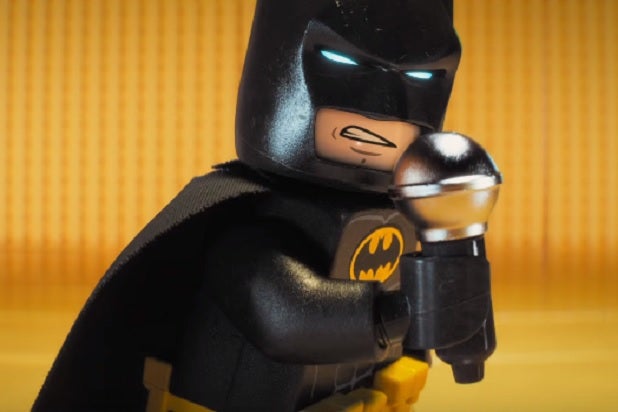 Second-week movies “The Lego Batman Movie,” “Fifty Shades Darker” and “John Wick: Chapter Two” are expected to lord over this week’s newcomers “The Great Wall,” “Fist Fight” and “A Cure for Wellness” at the President’s Day weekend box office.

“Lego Batman” is expected to take the weekend again, given that its core audience has the day off from school on Monday.

“With exceptional word of mouth so far, ‘Lego Batman’ should easily repeat in first place over the holiday weekend as families take advantage of the Monday off from school,” senior BoxOffice.com analyst Shawn Robbins told TheWrap. “This is exactly the position Warner Bros. wanted to be in as the first high profile animated release of the year, and the dividends will continue to pay off in the weeks ahead. We’re expecting it to land between $40-45 million over the four-day period, or possibly a bit higher if it follows the same trend of the first ‘Lego Movie.'”

Legendary and Universal’s “The Great Wall,” starring Matt Damon, will be released in approximately 3,326 North American theaters (including 3D and IMAX)  this weekend. The studio anticipated a four-day opening in the high-teens, with trackers saying it could even hit the low-$20 millions.

Directed by Zhang Yimou, “The Great Wall” has grossed $171 million in China and an additional $53.5 million from 31 other international markets. This weekend, it will open day-and-date with North America and other markets including Australia, Russia and the United Kingdom.

“The Great Wall” is based on a story by Max Brooks (“World War Z”) and Edward Zwick and Marshall Herskovitz (“The Last Samurai”). The film follows an elite force making a valiant stand for humanity on the world’s most iconic structure. Pedro Pascal and Willem Dafoe also star.

New Line Cinema’s “Fist Fight” is opening in 3,200 locations, and the studio is anticipating a return of roughly $15 million for the three-day weekend. For the four-day weekend, analysts are anticipating the film to gross in the $18 million-to-$21 million range.

The film, starring Ice Cube, Charlie Day, Jullian Bell, Kumail Nanjiani and Tracy Morgan, was produced for a budget in the low-$20 millions.

Richie Keen directed the comedy. Day plays a mild-mannered teacher who is challenged to a fist fight by a much tougher colleague, played by Ice Cube.

“A Cure for Wellness” is set in a mysterious spa in the Alps and follows a young businessman who goes there to find his company’s CEO, but soon discovers that the spa doesn’t deliver what is advertises. The film stars Dane DeHaan, Jason Isaacs and Mia Goth.

The film has a low score of 36 percent on Rotten Tomatoes. Its budget was $40 million.