So, in a world of Monopoly and Candyland movies, it’s hard to be surprised by anything any more.

But still — as the old-time columnists used to say — color me shocked by the Warner Bros. announcement that it’s building a movie out of Lego.

Dan Lin, who produced the upcoming “Sherlock Holmes” flick and Richard Kelly’s “The Box,"will be assembling the pieces. Newbie scriptwriters Dan and Kevin Hageman are to write the instruction manual — er, screenplay. Lin noted that the Lego movie will have “a fun factor, creativity and imagination that has no boundaries."

No offence, but can you imagine a statement which has less fun, creativity and imagination? 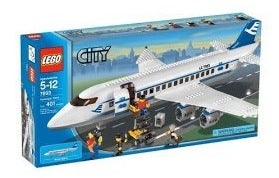 Apparently, Warner Bros and the Lego people have been talking about this for a year, with the American contingent even flying the Lego plane to Denmark to talk about how the movie will proceed. No doubt that the proud Danes will want one of their own to direct.

He’s so hot right now, and a scene in which a live-action couple copulate wildly among a landscape of animated colored bricks would really go over beautifully at Cannes.

Failing that, give it to Michel Gondry, who’s already proven himself brilliantly in the field.

You’d be forgiven for thinking that, like the White Stripes music video, there are endless possible combinations for a Lego movie. Sadly, I suspect that’s far from true.

As a kid, we got the little boxes of plastic blocks and assembled them into the prescribed shapes — space ship, pirate boat, Linda Ronstadt, whatever. Once we were done, we promptly made it our mission to lose three vital pieces and feed the instruction leaflet to the dog.

It didn’t matter though because the blocks were so generic you could build whatever you liked — racing car, oil tanker, Olivia Newton John — using just “imagination that knows no boundaries."

But take a cruise down the Lego aisle in 2009 and you’ll see a startling array of amazingly complicated toys. 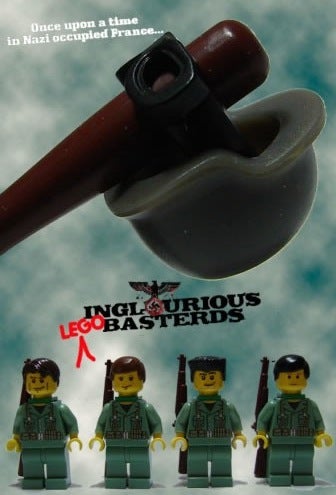 Buy one of these — as I have a few times recently for the flock of nephews — and you’ll find a box filled with specific pieces, tiny fiddly add-ons, servo-motors, remote controls, Intel processors and, I suspect, small-scale nuclear reactors.

Lego bricks and panels are now moulded and designed so that you pretty much can only make what’s on the box — or narrow variations thereof.

Usually those toys look like soulless, high-tech killing machines out of a summer blockbuster — that is, if not they’re not already directly based on the likes of “Star Wars” or “Transformers."

Anc just check out the faces on the little guys.

Forget the happily naïve little square heads of the 1970s. The new Lego men have sun-glasses and snarls and trimmed goatees and look like they’d kill you — or at least bite your finger hard — if given half a chance.

It’d be great to think that someone like Michel Gondry or Spike Jonze or even Lars von Trier might be turned loose in Legoland.

For something a bit more fun, check out the rest of these.