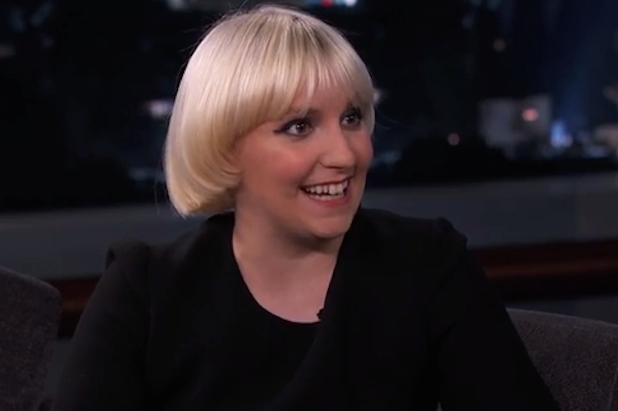 Lena Dunham is still in a “rage spiral” over claims that she sexually abused her younger sister, and is now threatening legal action against a conservative website.

An attorney for “Girls” star Dunham has fired off a letter to Sherman Oaks, California-based Ben Shapiro’s TruthRevolt, demanding that they retract and apologize for an Oct. 29, 2014, story with the headline “Lena Dunham Describes Sexually Abusing Her Little Sister.”

The story, according to the letter, alleges that Dunham “experiment[ed] sexually with her younger sister Grace”; “experimented with her six-year-younger sister’s vagina”; and “use[d] her little sister at times essentially as a sexual outlet.”

“Each of these statements in the Story, among others, is completely false and fabricated, and highly defamatory, of my client,” the letter reads.

It goes on to demand that TruthRevolt “immediately and permanently remove the Story,” and “immediately print a prominent public apology and retraction.”

Also read: Lena Dunham on Dealing With Vitriolic Internet Trolls: I React With ‘Class and a Little Bit of Sass’

Citing libel, a false light invasion of privacy and New York civil rights law, the letter concludes, “In light of the malicious and hurtful nature of this Story, our client intends to vigorously pursue all possibly legal remedies available to her, should you fail to immediately comply with the foregoing demands.”

In its mission statement, the conservative website at the center of the firestorm proclaims: “The media must be destroyed where they stand. TruthRevolt focuses on high-profile media members, and holding them accountable … TruthRevolt also seeks to stop the left dead in its tracks when it comes to training the next generation, our college campuses.

Dunham made headlines this earlier week with a section of her autobiography, “Not That Kind of Girl,” that described an incident during her childhood when she “carefully spread open” her sister Grace’s vagina.

“My mother didn’t bother asking why I had opened Grace’s vagina. This was within the spectrum of things I did,” the passage reads. “It quickly became apparent that Grace had stuffed six or seven pebbles in there. My mother removed them patiently while Grace cackled, thrilled that her prank had been a success.”

Dunham has shot back at accusations that she sexually abused her sister, calling the accusations “really f-king upsetting and disgusting” on Twitter. “Usually this is stuff I can ignore but don’t demean sufferers, don’t twist my words, back the f–k up bros.”

TruthRevolt responded to the cease and desist demand with a statement on their own site, stating, “The letter threatened legal action if we did not both remove that article, as well as print a note,” which suggested specific wording for their apology.

“We refuse. We refuse to withdraw our story or apologize for running it, because quoting a woman’s book does not constitute a ‘false’ story, even if she is a prominent actress and left-wing activist. Lena Dunham may not like our interpretation of her book, but unfortunately for her and her attorneys, she wrote that book — and the First Amendment covers a good deal of material she may not like,” wrote talk radio host/writer Shapiro.