Jones will host the first night of the ceremony, taking place live from the Palladium in Los Angeles, on Sunday, May 16 at 9 p.m. ET/PT. No host has been announced for the second night of the MTV Movie & TV Awards — the “UNSCRIPTED” show celebrating reality television — that’s happening on Monday, May 17.

Jones is also nominated for her first MTV Movie & TV Award this year — she nabbed a nod for Best Comedic Performance for her role in “Coming 2 America.” Previous hosts of the awards show have included Dwayne “The Rock” Johnson, Tiffany Haddish, Kevin Hart and Adam DeVine. 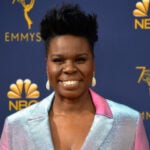 “WandaVision” and “Borat Subsequent Moviefilm” led all the nominees for this year’s MTV Movie & TV Awards. Fans can vote now through April 30 across all 25 categories by clicking here. Additional details about both shows will be announced soon.

In addition to roles in “Ghostbusters,” “Coming 2 America” and her comedy special for Netflix, “Time Machine,” Jones is currently the host and executive producer of the “Supermarket Sweep” revival on ABC. She has also previously hosted the BET Awards.

Executive producers for both the 2021 MTV Movie & TV Awards and the Movie & TV Awards: UNSCRIPTED are MTV’s Bruce Gillmer, Wendy Plaut and Vanessa Whitewolf, and Den Of Thieves’ Jesse Ignjatovic and Barb Bialkowski. Jackie Barba and Alicia Portugal are executives in charge of production and Lisa Lauricella serves as the music talent executive for both events.