Letitia Wright sustained minor injuries while performing a stunt at an on-location shoot in Boston for Marvel Studios’ “Black Panther: Wakanda Forever,” individuals with knowledge of the incident confirmed to TheWrap.

Wright was taken to a nearby hospital to be treated for the unspecified injury, but no changes to the film’s shooting schedule will have to be made. Wright plays Shuri, the sister of King T’Challa, who provides the Black Panther and his allies with state-of-the-art Wakandan technology.

Wright will return along with fellow “Black Panther” stars Lupita Nyong’o, Danai Gurira, Daniel Kaluuya, Winston Duke, Florence Kasumba and Angela Bassett. The passing of Chadwick Boseman, who played T’Challa in four Marvel films, will be addressed as Marvel has decided to not recast his character. 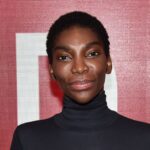