During a taping of Thursday night’s “Late Show,” the usually private David Letterman admitted that not only had he had sexual relationships with several female members of his staff, but that that the relationships had resulted in an attempt extort $2 million from him. 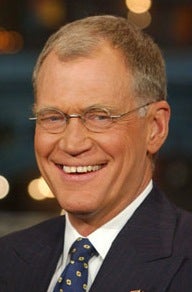 The talk-show host — who has been married to Regina Lasko, the mother of his child, since March — said that three weeks ago he received a package from an individual who claimed to have information about the relationships.
The individual, who CBS said was an employee at the network’s magazine show "48 Hours," threatened to reveal them if Letterman did not pay a large sum of money, subsequently placed at $2 million.
Letterman said that he referred the matter to the Special Prosecution Bureau of the Manhattan District Attorney’s office, which conducted an investigation.
He said he had issued a “phony” check, which culminated in the individual’s arrest earlier Tuesday. CBS said late Thursday that the alleged extortioner works on "48 Hours" and has been suspended.
“This morning, I did something I’ve never done in my life,” Letterman said during the taping.  “I had to go downtown and testify before a grand jury.”
He said that, in his testimony he acknowledged the relationships.
“My response to that is, yes I have.  Would it be embarrassing if it were made public?  Perhaps it would,” he said.  “I feel like I need to protect these people — I need to certainly protect my family.”
Said CBS in a statement: "CBS was made aware of an ongoing police investigation involving David Letterman and an employee at ’48 Hours,’ who was subsequently arrested earlier today on charges of attempted grand larceny in the first degree. CBS is cooperating fully with the authorities and the employee has been suspended pending the results of the investigation. Mr. Letterman addressed the issue during the show’s broadcast this evening, and we believe his comments speak for themselves."
x
Looks like you're enjoying reading