As previously announced, Joe Buck of Fox Sports is also part of this final batch. Each will get one week at the podium — and a donation to the charity of their choice, equal to the cumulative winnings of the contestants who compete during their respective tenures.

Faber may be the least well-known of the group — he’s co-anchor of CNBC’s “Squawk on the Street” and has broken a ton of financial news in recent years.

“Our goal has been to present a wide variety of guest hosts with different skill sets and backgrounds on our path to finding a permanent host,” executive producer Mike Richards said in a statement. “Our passionate fans are telling us what they like, and we are listening. All of the guest hosts have brought individualism, energy and an authentic love of our show to each of their episodes. We look forward to sharing the rest of the season with our viewers.”

Fans have been clamoring — and petitioning — for LeVar Burton’s inclusion. Burton is the former host and executive producer of PBS’ “Reading Rainbow.” He played Kunta Kinte in “Roots” and Lt. Commander Geordi LaForge in “Star Trek: The Next Generation.”

As TheWrap previously reported, Stephanopoulos’ team has been pitching the longtime ABC News anchor for the vacant role, which was iconically occupied by Alex Trebek for decades.

Stephanopoulos and Roberts co-anchor “GMA” together. 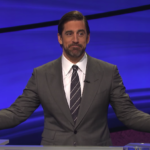