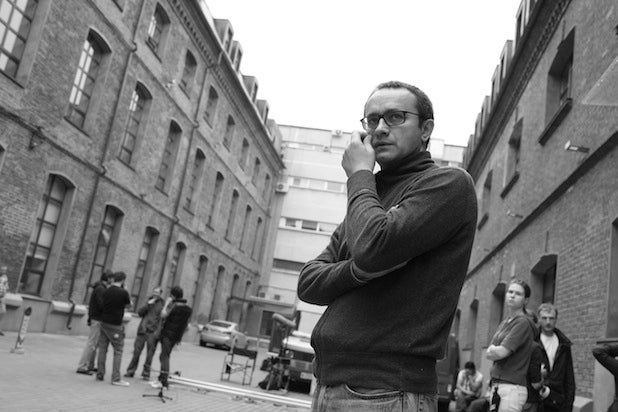 It was no surprise that “Leviathan” made the nine-film shortlist in the Oscar race for Best Foreign Language Film — given the rave reviews earned by Andrey Zvagintsev’s dark epic since its debut at Cannes, it was one of the favorites to advance in a highly competitive year.

The surprise, though, was that “Leviathan” was in the race at all. In recent years, Russia has routinely submitted brawny period pieces, many of them dealing with World War II and few of them displaying the artistry or impact needed to land a nomination.

“Leviathan,” by contrast, is dark and majestic but also a damning indictment of Vladimir Putin’s Russia; its tale of a man whose home is essentially stolen by corrupt government and church officials in a small Russian town is far more pointed politically than any recent submission from the country. But the submission committee opted for cinematic impact over suitable politics, putting “Leviathan” in a tight race where it is now one of the frontrunners.

Sony Pictures Classics bought the film out of Cannes, and opens it in Los Angeles on Wednesday. Zvagintsev spoke to TheWrap through an interpreter on a recent trip to L.A.

THEWRAP: Were you surprised that your film became the Russian Oscar submission?
ANDREY ZVAGINTSEV: There are about 100 movies that are made in the country, and when your film is being submitted, there’s always an element of surprise. It’s a pleasant surprise.

But this was an unusual film for Russia to submit, based on what they’ve submitted lately.
Yeah, probably. There was a 2011 scandal in regard to Nikita Mikhalkov’s film “Burnt by the Sun 2” being submitted, and the chair of the committee refusing to sign off on the selection. The scandal rippled through all facets of the community, and Mikhalkov, who is the real chair of the movie hierarchy, offered to enlarge the committee that chooses Oscar submissions. This allowed other independent movie industry members to come in and have a vote, and I think that’s why they chose my film.

What are the sources of this story?
The initial spark was the story of Marvin John Heemeyer [in Colorado]. He stood up to the authorities, the mayor, the police, the rich property owners. The second inspiration was a novel by Heinrich von Kleist, “Michael Kohlhaas.” It’s about a horse herder who is fighting the regime and decides to go all the way to the end in his fight. The third is the Book of Job. And the fourth and final contributor is a work of Thomas Hobbes called, actually, “Leviathan.”

Despite the international inspirations, do you think of this as a particularly Russian story?
Yes, some of it. The substance of relations are taken from Russian realities …

The film has been taken as a fairly explicit criticism of life in Russia.
There is no argument with that. This is not a compliment to the authorities. There has been some criticism of the film in Russia, and the major criticism is that the film does not leave any hope in your heart. It makes you think, ‘how do you keep on living?’ And the more the film is seen in Russia, the more I expect to have that criticism. Not many want to see themselves in a mirror that reflects you impartially.

Also read: Vladimir Putin Is the Advocate’s Man of the Year Cover Boy

Why was it important for you to make a film that provides so little hope?
It was not my goal to create a movie that leaves no hope — to think that would be mistaken. But to create a finale which would give you a breath of hope would be a trickery. The finale in the movie is correct.

A movie should not be a sweet pill that puts you into a deep sleep. It has to be a work that makes you think, and an impartial look at reality. It should make your brain work.

Has life gotten harder and more corrupt in Russia in recent years?
I will allow myself a joke: It’s standing still. I’m going to quote something Saltykov-Shchedrin said over 100 years ago: “If I fall asleep and wake up 100 years from now, Russia will be the same. It will be drinking, lying and stealing.” It’s still the same. And even if another 100 years passes, these words are still going to be true.

There was Stalinism, and then it warmed up to four or five years of freedom. Then there was Brezhnev’s rule, and he tightened the screws, and then again a little bit of freedom. These things happen over and over. And many are noticing that right now, it’s the restoration of the Soviet Union. We’re not moving forward, we’re walking in circles.

This is an expanded version of a story that ran in TheWrap magazine’s special Foreign Language issue.