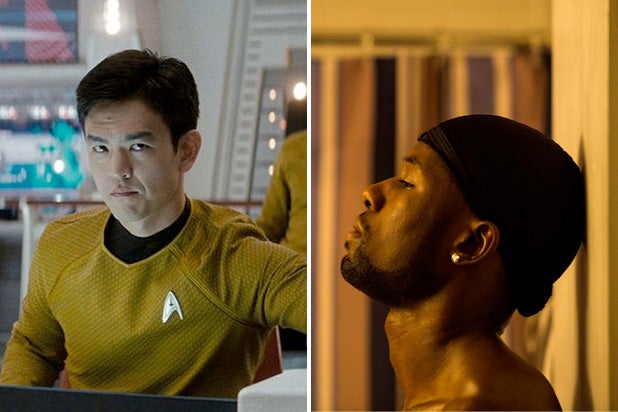 After the announcement of this year’s Oscar nominations, there was a well-earned chorus of celebration for the diversity of the nominees. At GLAAD, where we fight every day for full acceptance for LGBTQ people, we were particularly overjoyed for the success of “Moonlight,” a breathtakingly subtle and moving exploration of the life of a queer black man living in the South.

But while there is much to applaud — including Barry Jenkins becoming the fourth African American to be nominated for Best Director and Joi McMillon becoming the first African American woman ever to be nominated for Best Editing — there is also a great deal more work to be done. And given the current state of our nation’s political climate, that work has never been more important.

Today, GLAAD released its nominees for the 28th Annual GLAAD Media Awards. This year, for the first time since 2003, the Outstanding Film – Wide Release category includes just two nominees because, despite historic progress for equality, LGBTQ people are still invisible in Hollywood film.

Those of us who work in media must not pat ourselves on the back for the good work we’ve done so far without also committing to work harder and do more. Only one person of color nominated for each Oscar leading acting category speaks to a lack of stories being told about non-white protagonists. Latinx actors were left out completely — which means we need more Latinx characters.

And we’ll surely see more diverse representation in front of the camera when we increase the diversity of the storytellers behind it: Of the four major narrative filmmaking categories at the Oscars (writing, directing, editing, and cinematography), 29 people were nominated, but only two were women — both of whom shared their nominations with men.

At a time when America’s leaders are making it more dangerous to be female, non-white, Muslim, and LGBTQ, Americans and the world are counting on Hollywood and the media to depict the full humanity of all Americans, no matter where we come from, what we look like, how we worship, or who we love.

Hollywood has a proud tradition of showing the world what it means to be a hero — and we’ve never needed them more than we do now. Atticus Finch and Rick Blaine stood up against prejudice and hate, and Oskar Schindler and Paul Rusesabagina risked their lives to save others in times of genocide. The filmmakers of “Philadelphia,” “Longtime Companion,” and “Pedro” weren’t afraid to show us with poignant tenderness the lives and deaths of people with HIV and AIDS, and characters from Brandon Teena in “Boys Don’t Cry” to Alike in “Pariah” brought dignity and grace to the struggles too often faced by members of the LGBTQ community.

These characters showcase the best of what’s possible in American cinema — it’s no wonder that the these films and portrayals all received critical acclaim.

In the end, conversations about the Oscars and diversity come down to our aspirations as a country. We know from great films like those above how much is possible, how much we can see ourselves, step outside ourselves, and learn from one another through the transformative experience of sitting down and watching a movie.

While our leaders tell us to fear and hate one another, Hollywood has the power to engender understanding and empathy. In the fight for full acceptance, that’s the most powerful weapon we have — it would be an unforgivable shame if we decided not to use it.

Also Read: #BuryYourGays: 27 LGBT TV Characters Killed Off in 2016, From 'Empire' to 'Game of Thrones' (Photos)

So while the Trump administration seeks to restrict the rights of women — especially women of color — let’s tell more stories that feature richly nuanced female protagonists. While state legislatures demonize trans people, let’s see greater representation for trans people and characters across all our media. In the face of Islamophobia and talk of border walls, let’s celebrate the Muslims and immigrants who truly make our country great.

Films like “Moonlight” have the power to explore and even define what it means to be American. The film treated Chiron’s life with so much reverence, as so inarguably worthy of our attention, that the film itself was a profound argument for our nation’s most deeply held belief: that we are all created equal.

Entertainment is America’s number one cultural export, and through deeper and more thoughtful representation, we can make sure that export represents the extraordinary patchwork of people who embody America. We all deserve full acceptance, and so we must all demand it — from our leaders, from our art, and from each other.

View In Gallery
BIO Sarah Kate Ellis
Sarah Kate Ellis is the President & CEO of GLAAD, the world’s LGBTQ media advocacy organization. She is also the Executive Producer of the GLAAD Media Awards, She has run GLAAD since 2014 and expanded the organization’s mission by launching advocacy work beyond news and entertainment media to include advocacy efforts with global business, social media, video games, sports, and other drivers of culture. 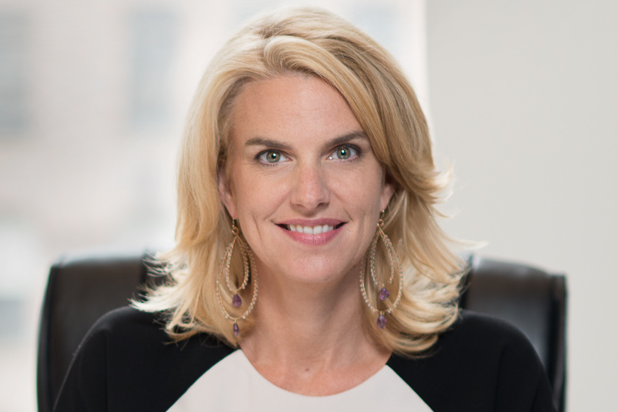 Sarah Kate Ellis is the President & CEO of GLAAD, the world’s LGBTQ media advocacy organization. She is also the Executive Producer of the GLAAD Media Awards, She has run GLAAD since 2014 and expanded the organization’s mission by launching advocacy work beyond news and entertainment media to include advocacy efforts with global business, social media, video games, sports, and other drivers of culture.
x
Looks like you're enjoying reading